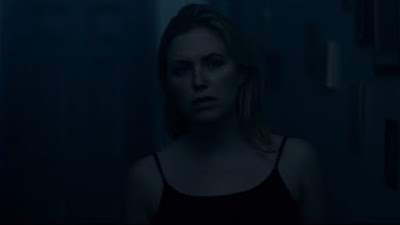 A new mother has strange experiences in her apartment in The Sublet. Joanna (Tianna Nori) and her fiance Geoff (Mark Matechuk) move into a subletted apartment with their newborn son Porter. With Geoff’s career as an actor keeping him away from home, Joanna is left alone to care for the baby. Joanna soon starts hearing noises throughout the apartment, as well as sudden blackouts. She begins to suspect that these experiences might be caused by the ghost of the former owner of the sublet.

The Sublet is a paranormal psychological thriller about a new mother experiencing strange occurrences in her new apartment. Joanna is undergoing a number of challenges as a new mother, which is made no easier by her often absentee fiance, who she suspects may be spending a bit too much time with his ex-girlfriend Alex (Rachel Sellan). After entering a previously locked nursery, Joanna finds the journal of the previous owner (Krista Madison), which may provide answers to what is going on.

There are many possible ways that the plot of The Sublet can be read. On one hand, the film can be taken literally as a creepy ghost story about a new mother tormented by a malevolent spirit. On the other hand, there is enough in the film to suggest that Joanna is merely experiencing the effects of postpartum depression, which is slowly driving her crazy and causing strain on her relationship with Geoff. Either way you look at it, The Sublet is still an effective film.