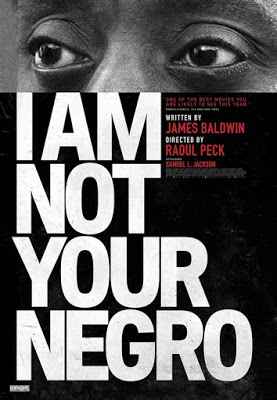 The unfinished final manuscript from author James Baldwin narrates the history of race relations in America in I Am Not Your Negro. Towards the end of his life, author James Baldwin began writing a memoir entitled “Remember This House,” where Baldwin gives his recollections on murdered civil rights leaders Medgar Evers, Malcolm X and Martin Luther King, Jr. As narrated by Samuel L. Jackson, James Baldwin’s final words remain shockingly relevant when it comes to race relations in the United States.

I would like to think that I am a supporter of all races, cultures, and religions. However, even though I don’t consider myself to be a racist person, I probably still am racist in some ways, simply because racist thoughts and stereotypes have been ingrained into white culture over the generations. Raoul Peck’s documentary I Am Not Your Negro sets out to show that race relations in North America haven’t really improved that much since the civil rights movement.

Arguably the main subject of I Am Not Your Negro is author James Baldwin, who was friends with civil rights leaders Medgar Evers, Malcolm X and Martin Luther King. Baldwin is shown through archival clips and photographs, while the voice of Samuel L. Jackson reads out Baldwin’s unfinished final manuscript, where he recollects on his relationship with the three civil rights leaders. In some ways it can be said that James Baldwin had some level of survivor’s guilt, since Medgar Evers, Malcolm X and Martin Luther King all died before the age of 40, with Baldwin having been older than all three. Baldwin was also somewhat of an exile for the United States, having moved to Paris to avoid persecution for both his race and homosexuality. In addition to all the archive footage in the film, I Am Not Your Negro also contrasts James Baldwin’s words with footage from the modern world, which shows that nothing has really changed that much in terms of race relations, even if there is a perception of improvement from white society.

Even though I Am Not Your Negro consists primarily of archive footage and narration, the result are quite affecting. By the end of the film I found myself in tears and ashamed of being part of a privileged race that looks at other human beings as something other than that. Racism is something that has been so ingrained into society, that it will be quite difficult to eradicate it completely.

I Am Not Your Negro is a must watch for people who are confused about why groups like “Black Lives Matter” have to exist in the modern world.