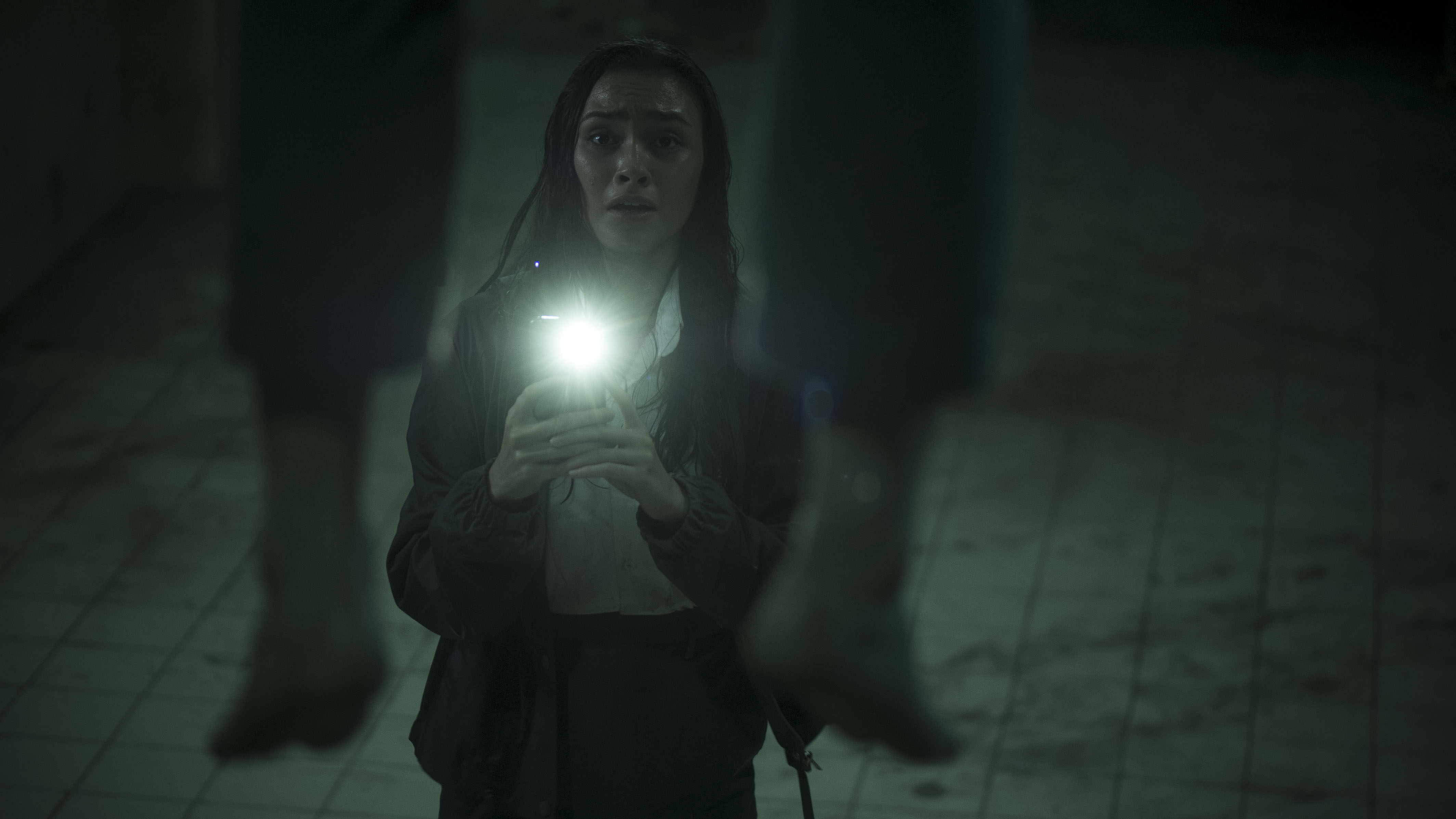 5.6
DreadOut (2019) 1h 37min | Adventure, Fantasy, Horror | 3 January 2019 (Indonesia)
Director: Kimo StamboelWriters: Kimo StamboelStars: Caitlin Halderman, Jefri Nichol, Marsha Aruan
Summary: Jessica, Beni, Dian, Alex, Erik, and Linda want to increase their popularity through recording their adventures to upload to their social media accounts. They chose to go to an abandoned ... See full summary »
Countries: Indonesia, South Korea, SingaporeLanguages: Indonesian
Source: imdb.comDisclaimer: This plugin has been coded to automatically quote data from imdb.com. Not available for any other purpose. All showing data have a link to imdb.com. The user is responsible for any other use or change codes.

A group of teens encounter a supernatural evil at an abandoned apartment complex in DreadOut. Linda (Caitlin Halderman) is a shy high school student, who is convinced by fellow students Beni (Irsyadillah), Jessica (Marsha Aruan), Erik (Jefri Nichol), Alex (Ciccio Manassero), and Dion (Susan Sameh) to join them on a nighttime trip to an abandoned apartment complex, to try and Livestream supernatural activity. Finding some old pages, Linda accidentally opens a portal to another dimension occupied by a horrifying Red Kebaya Lady (Rima Melati Adams).

Directed by Kimo Stamboel (Headshot), DreadOut is a film adaptation of the 2014 Indonesian survival-horror video game of the same name. The main gimmick of the original video game was the protagonist’s ability to see and fend off ghosts with her smartphone. In fact, there are moments in the film, which seem to be mimicking how the game is played, particularly the use of Linda’s first-person perspective. However, it can probably be argued that this film adaptation of DreadOut has more in common with The Evil Dead than the original game it is based on.

History has proven that is rare that a film adaptation of a video game would be faithful to the source material. DreadOut is a perfect example of this since it turns the atmospheric survivor horror game that it is based on and turns it into a very loud and obnoxious ripoff of The Evil Dead. In addition, the game’s gimmick of using a smartphone to fend off supernatural beings does not translate well to the screen, as Linda’s repeated use of her flash is almost comical in execution. I would heavily advise skipping this film version of DreadOut and just seek out the game instead.