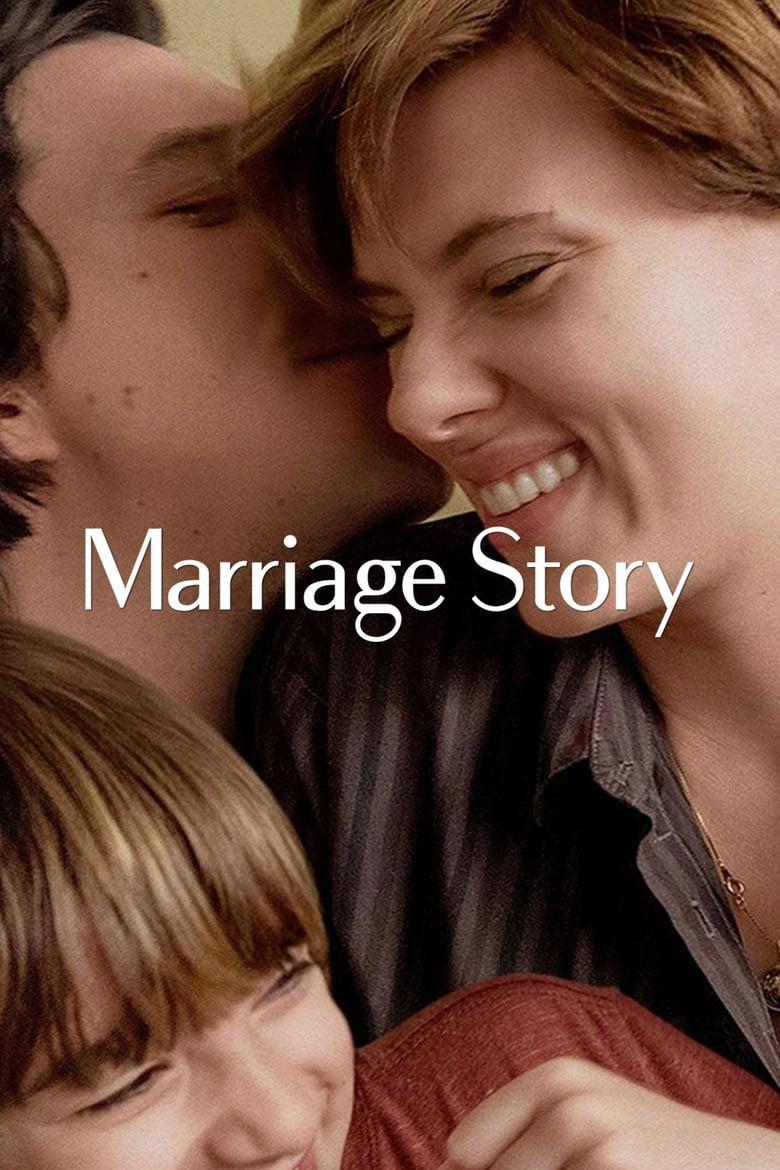 The divorce of a young couple becomes increasingly less amicable in Marriage Story. After a decade of marriage, actress Nicole (Scarlett Johansson) and theatre director Charlie (Adam Driver) have decided to split up. Cast in a new TV role, Nicole travels with her son Henry (Azhy Robertson) home to Los Angeles, staying with her mother Sandra (Julie Hagerty). Despite initially agreeing with Charlie to separate without lawyers, a co-worker directs Nicole to Nora Fanshaw (Laura Dern). This, in turn, results in Charlie seeking the council of both hard-nosed lawyer Jay Marotta (Ray Liotta) and more personable family lawyer Bert Spitz (Alan Alda). As the divorce proceedings begin, things get ugly as Charlie and Nicole fight for custody of their son.

Fourteen years after first tackling a family torn apart by divorce in 2005’s The Squid and the Whale, writer/director Noah Baumbach returns to the topic in Marriage Story. However, as the title may attest, the film uses Nicole and Charlie’s divorce as a backdrop to ask the question of why they even got married in the first place. While the separation between the two starts off amicably, it isn’t long until tempers begin to flare, with one of the primary points of contention being Charlie’s insistence that they are a New York-based family, even though all the legal documents suggest otherwise. This leads the way to a very ugly divorce that brings out the worst in both Nicole and Charlie.

If there is one thing that Marriage Story proves, it is that there is probably no such thing as an amicable divorce. Charlie is even told as much when he is seeking legal counsel when he is warned that divorce proceedings bring out the worst in people. Indeed, much of Marriage Story is a ticking time bomb of growing frustrations, which finally explodes with Charlie and Nicole having an epic argument that can be seen as the main highlight of the film.

In addition to the strong lead performances Scarlett Johansson and Adam Driver, Marriage Story features an awards-worthy supporting performance by Laura Dern as Nora Fanshaw, who acts like a best friend to Nicole, while in turn being incredibly passive-aggressive towards Charlie. Dern actually outshines both Ray Liotta and Alan Alda, who both play Charlie’s lawyers at various stages of the divorce proceedings, with Alda’s character of Bert Spitz, in particular, being the complete opposite of Nora, almost to the detriment of Charlie’s case.

It is a statistical fact that more than half all marriages end in divorce. Marriage Story ends up taking a deep look into one such failed marriage and the questions about why this couple got married in the first place and whether there was anything from this relationship that could be salvaged.