A college student is forced to become a confidential informant for law enforcement in The Dakota Entrapment Tapes. In May 2014, 20-year-old college student Andrew Sadek is reported missing and is found dead two months later. In the ensuing investigation, it is discovered that Andrew found himself in the middle of an aggressive war of drugs, which he was caught for dealing $80 worth of marijuana and forced by the lead investigator to become an informant to avoid jail time.

The Dakota Entrapment takes is a true-crime documentary from director Trevor Birney that tells the story of Andrew Sadek, the surviving son of a North Dakota farmer, who was a student at the North Dakota State College of Science. The key element of the documentary is a video of Andrew being interrogated by Jason Weber, the leader of a drug task force, who aggressively forces Andrew to become a confidential informant in the war on drugs, without the help of his friends, family, or legal counsel.

To put it simply, The Dakota Entrapment Tapes is the story of an apparent miscarriage of justice that resulted in a young man to presumably be murdered. While the exact circumstances of Andrew Sadek’s death were never uncovered, the film suggests that Jason Weber exploited Andrew’s very inconsequential marijuana charge to force him to crackdown on harder drugs. Ultimately, The Dakota Entrapment Tapes is a story with no real happy ending, other than a change in the law the prevent it from happening again.

The Dakota Entrapment Tapes is streaming until June 24, 2020, as part of the online 2020 Hot Docs Canadian International Documentary Festival 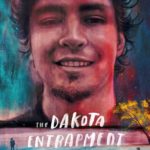