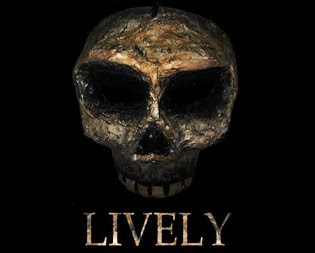 The second edition of the Blood in the Snow Film Festival may have wrapped up last night, but I still have some reviews to get to.  Specifically, I would like to talk about the eight short films that preceded the feature film screenings, many of which were world premieres.  Lets get started with the rundown.

To Hell with Love
In this short, a call girl named Amanda who awakes handcuffed to a chair, with a doctor asking questions about what she saw after her accident.  It quickly becomes apparent that the doctor is searching for evidence of the afterlife and to correct a mistake he has made.   I thought this short was OK for the most part.  It has some heavy religious themes, particularly in how different religions have their own interpretation of the afterlife.  In fact, the doctors notes that it is important that Amanda is an atheist, since people who believed in God didn’t work out.  The short does feature some interesting ideas and it had a quite dark and chilling ending.
8 | LIKED IT Streamer
This short features a man, who is haunted by rejection and can’t get his unrequited love out of his head.  This short visualizes what many man go through when they try forgetting about a failed courtship.  It doesn’t help in this case that a vision of the girl in question is verbally tearing this man apart.  There isn’t all that much to this short and I was initially somewhat confused what it was about and was not too crazy about the red hue that is present for most of the short.  While the themes involves something any man can relate with, the execution was a little lacking.
7 | FAIR  A Certain Kind of Monster
A man named Ben picks up a woman named Beth, who is found walking down the road alone in the rain.  Ben takes Beth home with her to get warm and they develop a connection.  However, as it turns out, Beth has a dark secret.  The biggest issue I have with this short is that it is much longer than it has to be.  The short spends over twenty minutes building to a conclusion that I was just waiting to happen.  When it does occur, it happens with a moment that is supposed to be shocking, but comes off as somewhat…pornographic.  I can’t give too many details without spoiling the plot, however I probably would have liked this short better if it was shorter and toned things down quite a lot.
7 | FAIR  One More for the Road
In this short, a husband and wife go on a road trip, while trying to resolve their issues.  The various revelations in this short aren’t very surprising, however there is a certain darkly humorous charm to everything.  I particularly liked the somewhat crazy manner, in which the short ends.  It’s a fun little film.
8 | LIKED IT Fodder
A woman is dragged into a science compound to be fed to a zombie.  However, it turns out that she has other plans.  I thought that this was well done and fun little short, with some hammy acting and lots of gore.  It somewhat seemed that this short is somewhat meant as a “proof of concept” for a longer film, since it ends with a tease of more to come.  Hopefully it will.
8 | LIKED IT Justice
In this short, a man named Michael Bradley makes a viral video condemning what he perceives to be a broken justice system and he decides to take things into his own hands.  There is nothing all that original about this film, which is all about a man trying to justify himself, for what is ultimately a vengeful act of vigilantism.  In fact, the film Prisoners probably tackles similar themes in a much more interesting fashion. However, the short does make you question what exactly is justice.
7 | FAIR  The Girl in the Road
A couple find a severely injured woman limping across the road and bring her in for shelter.  However, it turns out that the men who injured her are still on her trail.  I wasn’t the most crazy about this short.  I barely understood what was going on, with there being no real explanation for why this girl is being chased by these men.  I ultimately did not really care for any of the characters and the ending was not at all satisfying.  It is still somewhat well made though.
6 | WATCHABLE Lively
A woman named Amy is babysitting a horror-loving boy named Billy when she finds herself held hostage by escaped serial killer Dan Lively.  It quickly turns out that Amy will get help from one of the most unlikely of sources.  Lively is a quite fun and somewhat macabre film, with a very dark and satisfying conclusion.  I enjoyed this short very much.
9 | REALLY LIKED IT
Well, that’s it for my short reviews and it also wraps up my coverage of the Blood in the Snow film festival.