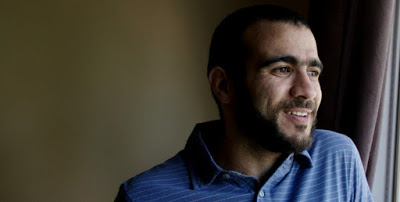 A Canadian Muslim man arrested for terrorism is freed after spending half his life behind bars in Guantanamo’s Child: Omar Khadr. At the age of only 15 years old, Canadian-born Omar Khadr was captured by American forces and sent to the Guantanamo Bay detention camp, where he was subjected to torture and interrogations. With his family known for supporting al-Qaeda, many including the Canadian Government believed that Khadr was a terrorist. However, sympathetic lawyer Dennis Edney fought for Khadr’s release, with him finally being able to tell his side of the story.

Born in Toronto, Omar Khadr was moved by his family to Afghanistan, where he was eventually wounded in a firefight and captured by American Forces. The still teenage Khadr would spend 13 year behind bars and eventually be forced to make a plea deal to be allowed to return to Canada. With Khadr finally released on bail in 2015, he is allowed to live with the supervision of his lawyer Dennis Edney and finally be able to tell his own version of the events that lead to his capture and imprisonment.

At the core of the documentary Guantanamo’s Child is the Islamophobia that has developed following the 9/11 terrorist attacks and still continues to this day. Due to his family’s know association with al-Qaeda, it was automatically assumed that Omar Khadr was a child soldier and terrorist, with there even being video evidence of him helping to build improvised explosive devices. However, the truth is not as black and white and there is no excuse for an underage Canadian citizen to be imprisoned and subject to torture. Whether or not you sympathize with Omar Khadr’s story, Guantanamo’s Child is still a sad tale that gets you thinking about the impact of Islamophobia.