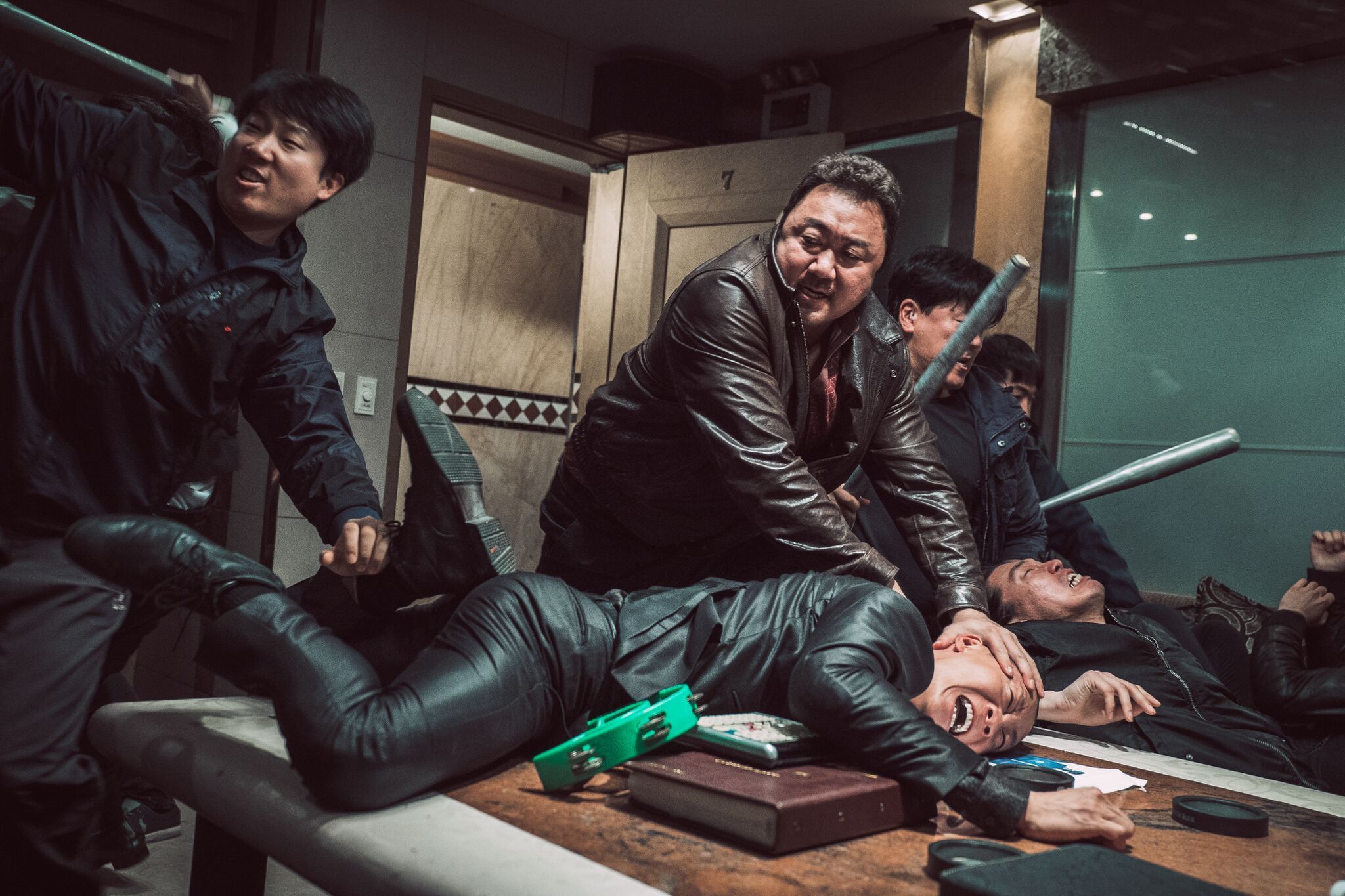 An unconventional police force tries to take down a deadly gang in The Outlaws. Inspector Ma (Don Lee) is the head of the Serious Crimes Unit in Seoul’s Garibong neighbourhood, which is home to a number of Chinese-Korean gangs. Things heat with with the arrival of the Black Dragon Gang, lead by Jang Chen (Kye-Sang Yoon), who begins to violently overtake the other gangs in the area. With his superiors breathing down his next, Inspector Ma is willing to do anything to take down the Black Dragon Gang, even if it isn’t particularly by the book.

The Outlaws is a Korean action/comedy lead by the highly talented Don Lee (Train to Busan). Lee’s character of Inspector Ma is a police detective, who isn’t afraid of bending the rules to get results, whether it would be beating suspects during interrogations or socializing with the local gang leadership. However, things change with the arrival of the Black Dragon Gang, who quickly establish themselves as a major force to be reckoned with.

Even though the film features many somewhat jarring tonal shifts from comedic cop antics to some brutally violent gang violence, I still have to say that I found The Outlaws to be a quite entertaining and enjoyable film. Part of this comes from the lead performance from Don Lee, who is able to balance his imposing figure and fighting skills with some real comedic chops. It is probably only a matter of time before Lee crosses over into North America. In the meantime, The Outlaws is works as a great demonstration of his stills.