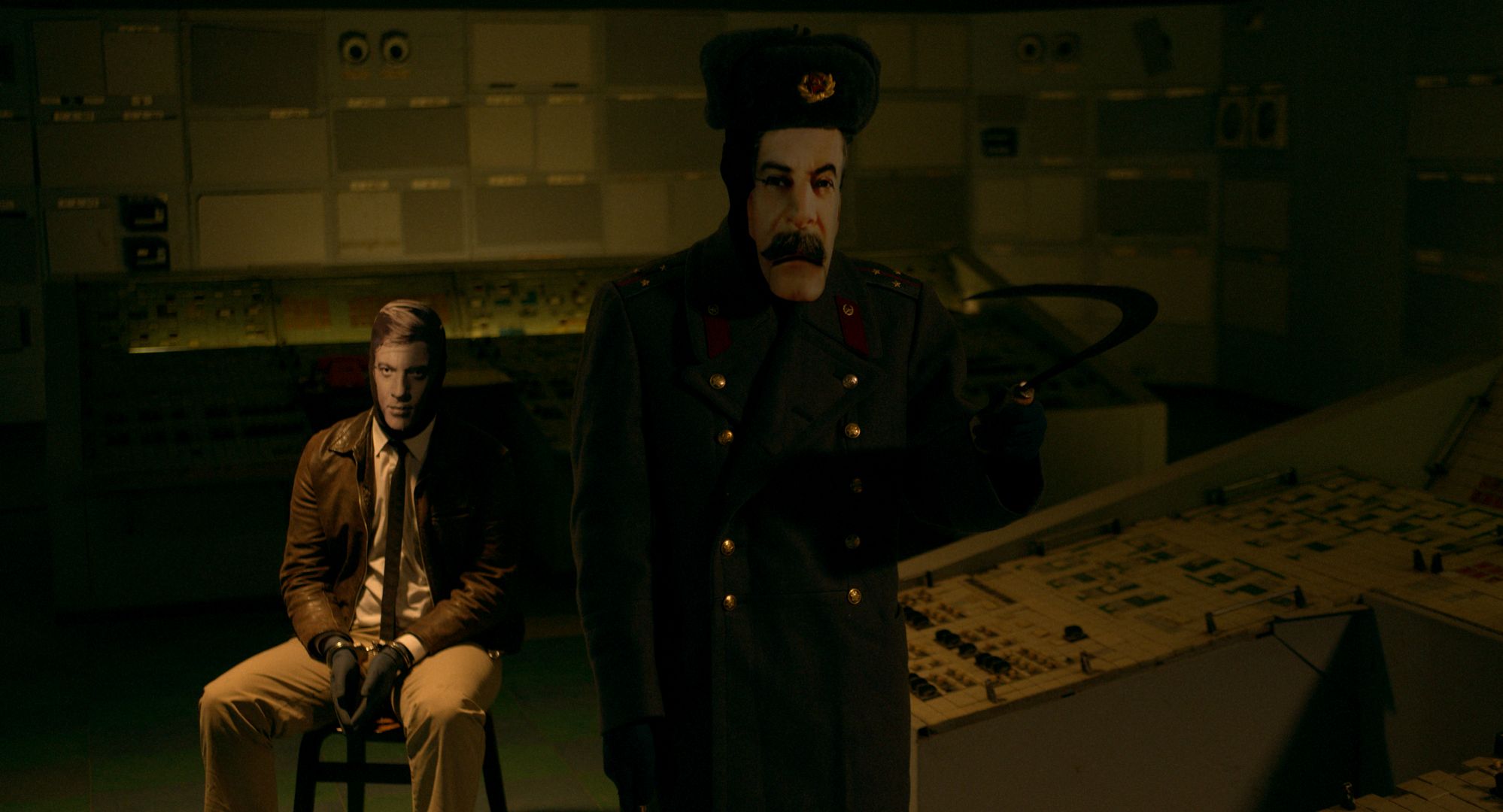 7.9
Jesus shows you the way to the Highway (2019) 1h 23min | Action, Comedy, Sci-Fi | 7 July 2019 (Switzerland)
Director: Miguel LlansóWriters: Miguel LlansóStars: Daniel Tadesse, Guillermo Llansó, Agustín Mateo
Summary: CIA Agents Palmer and Gagano are tasked with the mission of destroying a computer virus called "Soviet Union". They enter the system using VR but the mission turns into a trap.
Countries: Spain, Estonia, Ethiopia, Latvia, RomaniaLanguages: English
Source: imdb.comDisclaimer: This plugin has been coded to automatically quote data from imdb.com. Not available for any other purpose. All showing data have a link to imdb.com. The user is responsible for any other use or change codes.

The mind of a CIA agent is trapped in a virus-infected virtual world in Jesus Shows You the Way to the Highway. Special Agent DT Gagano (Daniel Tadesse) is a C.I.A. agent, who is ready to retire and open a pizzeria with his wife Malin (Gerda-Annette Allikas). However, Gagano accepts one last jump to join his partner Agent Palmer Eldritch (Agustín Mateo) on a trip into the virtual Psychobook, in order to stop a Soviet virus in the form of Stalin. However, Gagano is betrayed and his body is left braindead, while his virtual self tries to complete his mission and go home.

Miguel Llansó follows up his 2015 film Crumbs with a very surreal spy-comedy, taking place within a virtual world. Jesus Shows You the Way to the Highway features a quite eccentric cast of characters, lead by Crumbs‘ diminutive star Daniel Tadesse as Special Agent DT Gagano. Other characters include President Batfro (Solomon Tashe), Mr. Sophistication and his Fung-Fu Masters, and Roy Mascarone (Guillermo Llansó), who believes himself to be the reincarnation of Jesus Christ.

I will give Jesus Shows You the Highway points for being a quite original viewing experience. Featuring a mix of live-action and stop-motion, there is a very artificial feeling to the film, which adds to the fact that much of the story takes place within a virtual world. There isn’t really that deep a plot to the film and ultimately, Jesus Shows You the Highway is a film for you to experience and wallow in its pure weirdness.