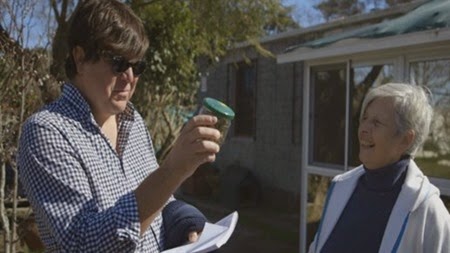 The growing industry of marijuana journalism is explored in Rolling Papers.  In 2014, the sale of recreational marijuana became legal in the state of Colorado.  In light of this, The Denver Post decided to hire their own marijuana editor to cover this now growing industry.  Through The Cannabist, editor Ricardo Baca and his team of marijuana critics cover this industry, which might help to spark some life into the floundering newspaper industry. The documentary Rolling Papers is simultaneously about the legalization of marijuana in Colorado, as well as The Denver Post becoming the first major newspaper to have a section dedicated to this industry.  One of the biggest challenges of this legalization is escaping the stigma that still surrounds marijuana, particularly from parents worried about the effects it would have on kids and the community.  There is also no proper regulations in place for the level of THC in marijuana products, which can end up being dangerous for some individuals.  Ricardo Baca and The Cannabist are there to cover it all, which might help in saving a newspaper industry that is one a major downslide. The biggest issue I had will Rolling Papers is that, while the film tries somewhat to destigmatize marijuana, it also somewhat plays up to the stereotypes of marijuana culture.  The soundtrack of the film is filled with rave and hip-hop music and every time a different strain of marijuana is mentioned, it is shown in close-up on a purple furry pillow.  Without a doubt, Rolling Papers is a film that will be enjoyed by the stoner community, however it is unknown how much mainstream audiences will attach themselves.  That all said, the film does cover some interesting issues, particularly how this fledgling industry might be able to help save a dying one. ★ ★ ★ 1/2 | FAIR  Screenings: