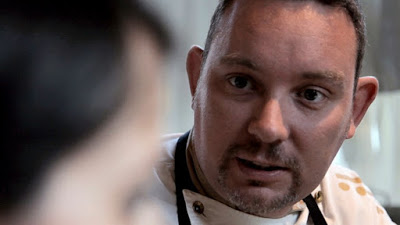 Chef Albert Adrià hopes to step out from his more famous brother’s shadow in Constructing Albert. With his restaurant elBulli, Ferran Adrià redefined the world of gastronomy and can be considered one of the greatest chefs in the world. Ferran’s younger brother Albert began as a teenager working in the kitchen of elBulli and follow the closure of the restaurant in 2011, Albert heads out on the seemingly impossible task of stepping out of his brother’s shadow and creating a name for himself.

Constructing Albert follows Albert Adrià over the course of five years, as he seeks to make a name for himself in the restaurant scene of Barcelona. His early restaurants Tickets and 41° become successes, each earning a Michelin star. However, Albert has greater ambitions and opens more restaurants, including his magnum opus Enigma.

Constructing Albert is a film that provides an observational look at the inner workings of the restaurant industry. There is a point where Albert Adrià has five restaurants open at once, which has him balancing his time interacting with the staff of each. However, Albert’s ultimate goal is to impress his brother Ferran and live up to the legacy of elBulli. Overall, Constructing Albert is a fine enough look at Albert Adrià’s efforts to come into his own as a chef.