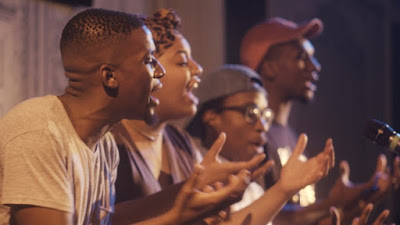 A slam poetry team prepares for nationals in Don’t Be Nice. Coached by Lauren Whitehead and Jon Sands, the Bowery Poetry Slam team of Ashley August, Timothy DuWhite, Joel Francois, Sean “Mega” DesVignes, Noel Quiñones prepare for the National Poetry Slam in Atlanta. Lauren encourages the team to come up with new poems for the competition that really digs deep into the personal truths about themselves.

With Don’t Be Nice, filmmaker Max Powers presents a film that is part documentary and part performance art. The latter comes from now a number of the poems developed in the film are performed out directly for the camera. Each of the poems dig into into person issues for the poets, whether it be race, sexual orientation, or the general direction of the world. The poets are pushed to the brink by Coach Lauren, who believes that being “nice” is just staying on the surface.

Don’t Be Nice is a film that is equal parts emotional and entertaining. Some of the members of the Bowery Poetry Slam team are reluctant to dig as deep as they pushed to do, however it all builds up to the big performance at the National Poetry Slam. Overall, Don’t Be Nice is an enjoyable look at the sport of the spoken word.