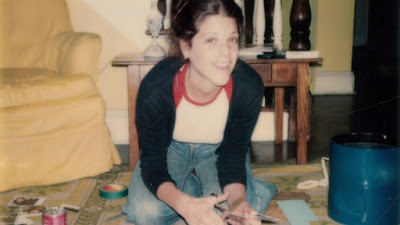 The life and career of Gilda Radner is told in her own words in Love, Gilda. Growing up in Detroit, Gilda Radner quickly became a star for The Second City in Toronto and later as one of the fist cast members of Saturday Night Live. Radner paved the way for women in comedy, while also battling demons, such an eating disorder and a battle with cancer that eventually took her life. Featuring archive audio diaries, Gilda Radner narrates her own story, with the help of the comedians he inspired, such as Amy Poehler, Melissa McCarthy, Maya Rudolph, and Bill Hader.

Filmmaker Lisa D’Apolito uses archive footage and written diaries to tell the story of Gilda Radner’s brief, yet iconic career. Radner was one of the shining stars on the early years of Saturday Night Live, with characters such as Emily Litella and Roseanne Roseannadanna. However, the pressures of stardom got to Radner and she began to suffer from eating disorders. She eventually found happiness after marrying Gene Wilder, but her life was tragically cut short after being diagnosed with ovarian cancer in the late-1980s.

I have to admit that I am perhaps a bit too young to appreciate the true impact Gilda Radner had on the comedy world, since I was only like 7 years old when she died. However, I do have to say Love, Gilda is a quite passable biography of her. It is a nice touch that the film uses archive recordings to have Radner narrate her own story and it is quite sad that the life of this incredibly talented woman was cut short by cancer.