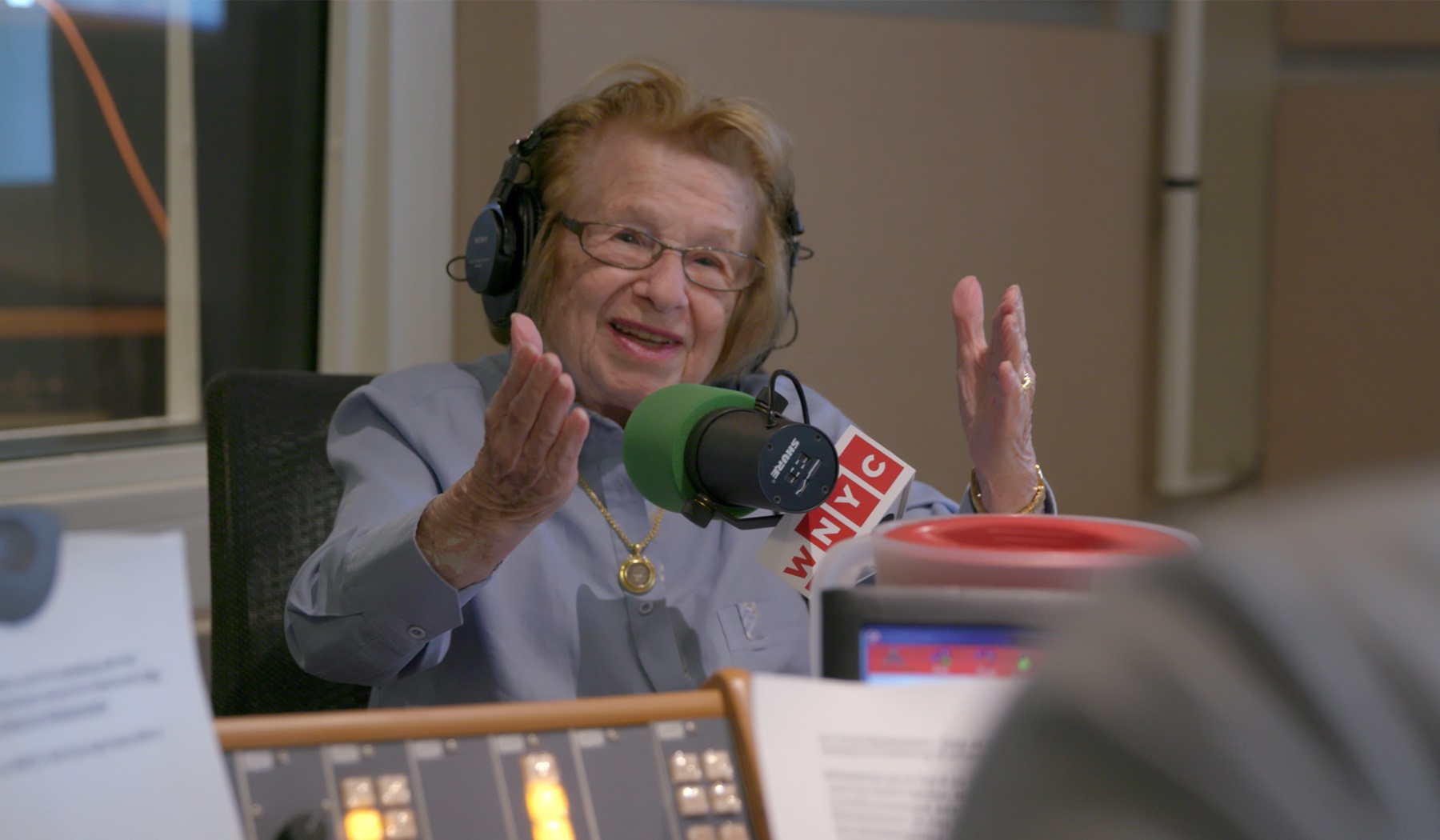 8.1
Ask Dr. Ruth (2019) 1h 40min | Documentary | 3 May 2019 (USA)
Director: Ryan WhiteStars: Ruth Westheimer
Summary: A documentary portrait chronicling the incredible life of Dr. Ruth Westheimer, a Holocaust survivor who became America's most famous sex therapist. As her 90th birthday approaches, Dr. Ruth... See full summary »
Countries: USALanguages: English
Source: imdb.comDisclaimer: This plugin has been coded to automatically quote data from imdb.com. Not available for any other purpose. All showing data have a link to imdb.com. The user is responsible for any other use or change codes.

The life and career of sex therapist Dr. Ruth Westheimer is told in Ask Dr. Ruth. Karola Ruth Siegel was born on June 4, 1928 in Wiesenfeld, Germany to Orthodox Jewish parents. During the Holocaust, Karola was sent to the Wartheim, Orphanage in Switzerland, where she remained throughout the second World War. Switching to her middle name Ruth after the war, she was briefly a member of the Haganah in Jerusalem, before getting degree in psychology in Paris. After immigrating to the United States, Ruth received training to be a sex therapist in 1974 and began to gain celebrity in the 1980s and 1990s through her various radio and TV shows.

Dr. Ruth Westheimer is a woman, who became known for his very explicit discussions about sex, which made her both a celebrity and a highly controversial figure. As Dr. Ruth is about to celebrate her 90th birthday, filmmaker Ryan White (Good Ol’ Freda) retraces her life and how she came to be known as “America’s Sex Therapist.” This includes the use of animated re-enactments of Ruth’s younger days, narrated by her old diary entries.

Dr. Ruth has generally been credited with bringing sex education to the mainstream during the 1980s and 1990s, with her being quite explicit with her discussions of sexuality, despite having a very grandmotherly appearance. Personally, my association with Dr. Ruth growing up was primarily through her appearance in a Herbal Essences commercial in the late-1990s, with me being more familiar with Ruth’s Canadian contemporary Sue Johanson. However, I do think that Ask Dr. Ruth does a good job at talking not only her work as a celebrity sex therapist, but also a survivor of the Holocaust, whose childhood experiences shaped the woman she would come to be.