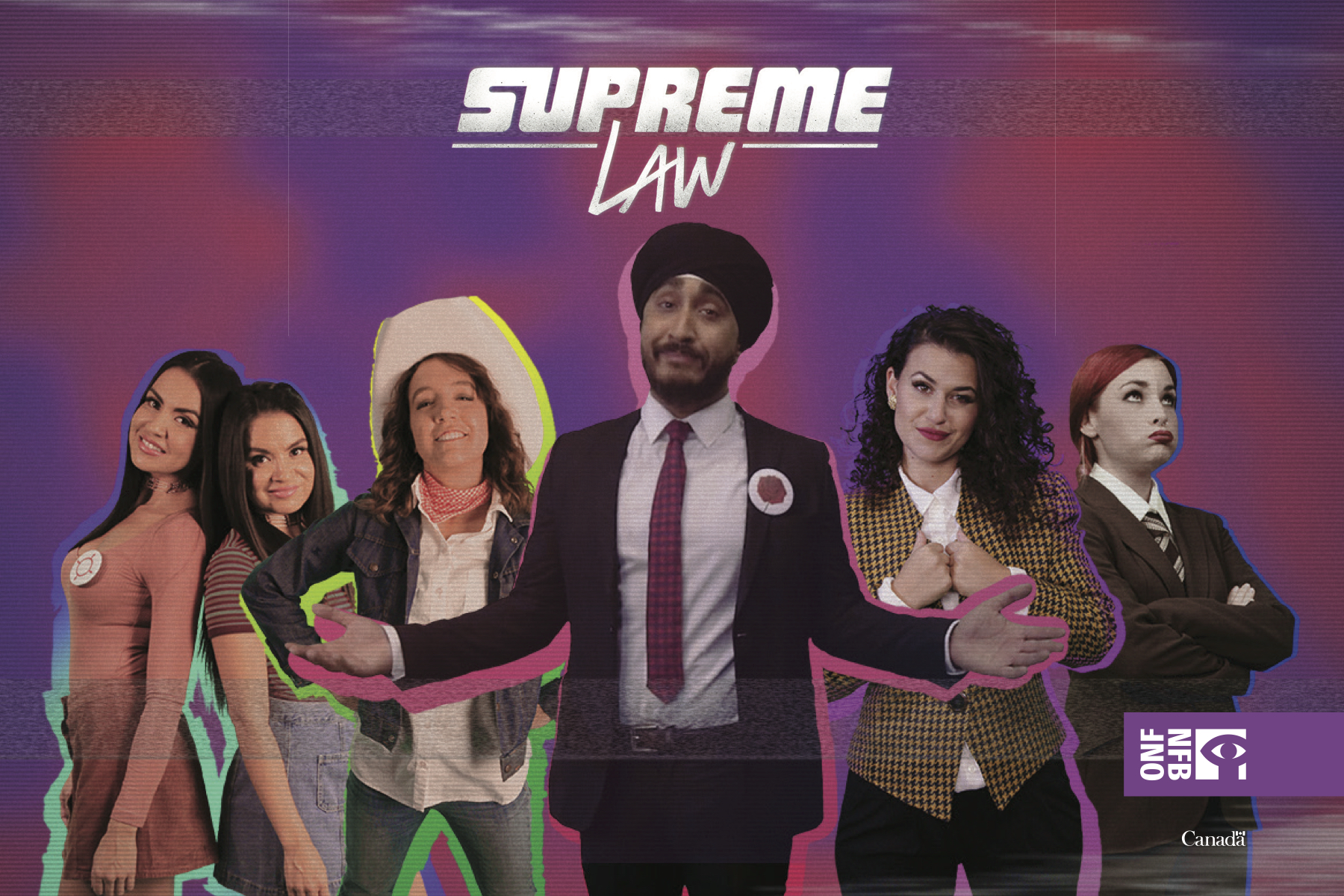 Various internet stars tell the story of the patriation of the Canadian constitution from different perspectives in Supreme Law. In the early 1980s, Prime Minister Pierre Trudeau set to gain control of the Canadian constitution from Great Britain. The story of these events are told from different perspectives by internet stars Jus Reign (Prime Minister), Rachel David (Women), Emma Bossé (Quebec), Alayna Joy (The West) and The Baker Twins (Indigenous).

Supreme Law is an interactive documentary project directed by Katerina Cizek for the National Film Board of Canada. The documentary consists of five segments hosted by various Canadian YouTubers, each of which provide on point of view that lead up to the patriation of the Canadian constitution. It quite obvious that Supreme Law is meant more as an educational tool for a younger demographic, with the website featuring supporting information for each of the documentary’s segments. Overall, Supreme Law is an interesting method of teaching Canadian history.

Supreme Law can be viewed on the NFB website.