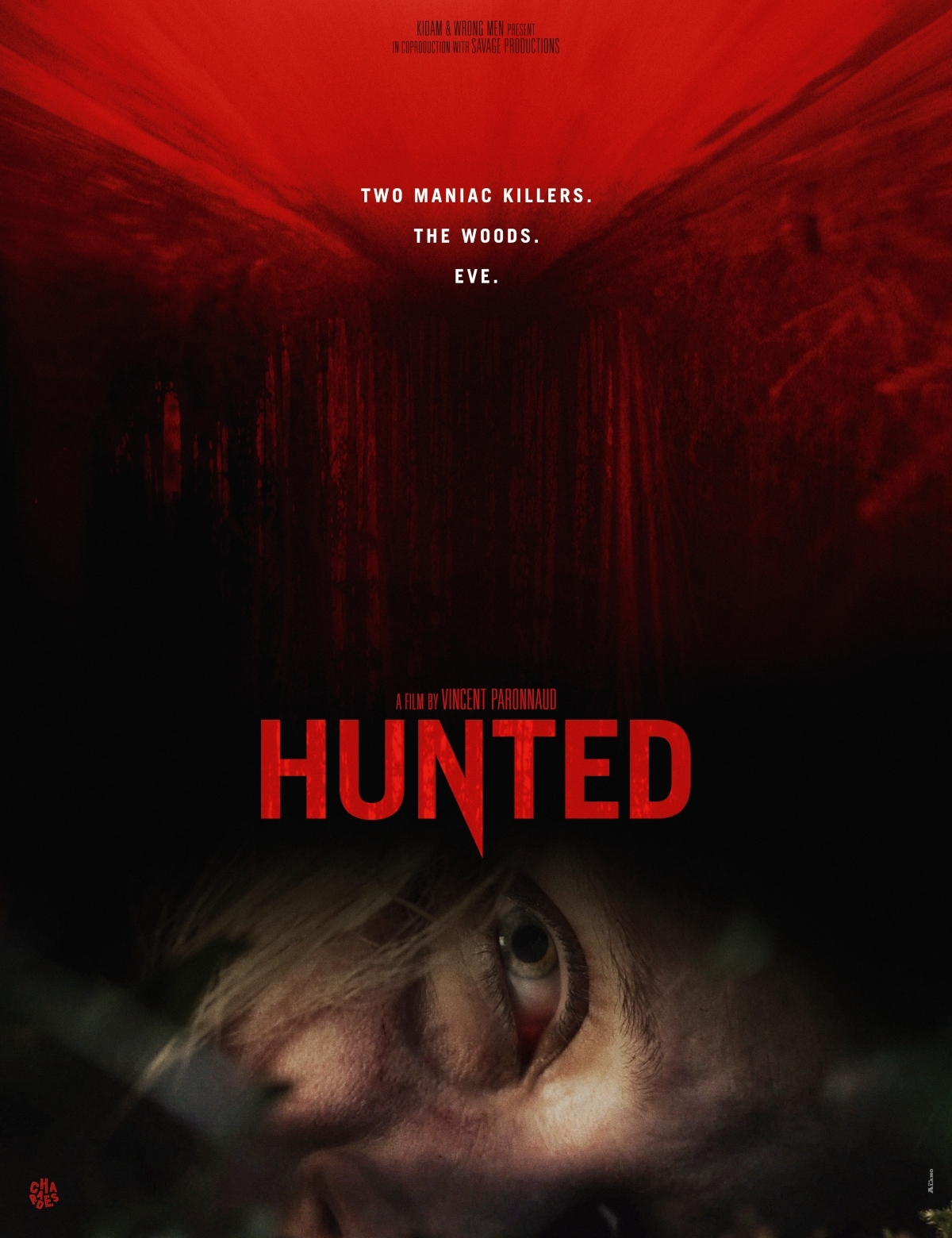 A woman runs from a predatory man in the woods in Hunted. Eve (Lucie Debay) is a French actress who meets a seemingly charming Man (Arieh Worthalter) in a bar, who helps her to fend off a guy trying to pick her up. However, it soon turn out that this stranger is a sexual predator, who kidnaps women and forces them to perform in amateur porn videos. With Eve tied up in the trunk, the man’s car crashes in the woods, and Eve goes on the run and will have to rely more on her primal instincts in order to survive.

Hunted is a survival horror film from French writer/director Vincent Paronnaud (Persepolis) and co-writer Léa Pernollet. The film kicks off with a campfire fable told by a survivalist woman to her son, which is visualized in shadow imagery and sets the stage for this story. As Eve finds herself on the run from her predators, she progressively adapts a more feral visage as she comes to learn that “the company of wolves is better than that of man.”

One thing I noted while watching Hunted is that the unnamed predatory male played by Arieh Worthalter is one of the most despicable antagonists I have seen in a film. This really helps you to root for Eve, especially in the climax when she begins to turn the tables and become the hunter instead of the hunted. Praise really has to be given to the star Lucie Debay, whose performance of Eve evolves from scared victim to vicious warrior, complete with warpaint, over the course of the film.