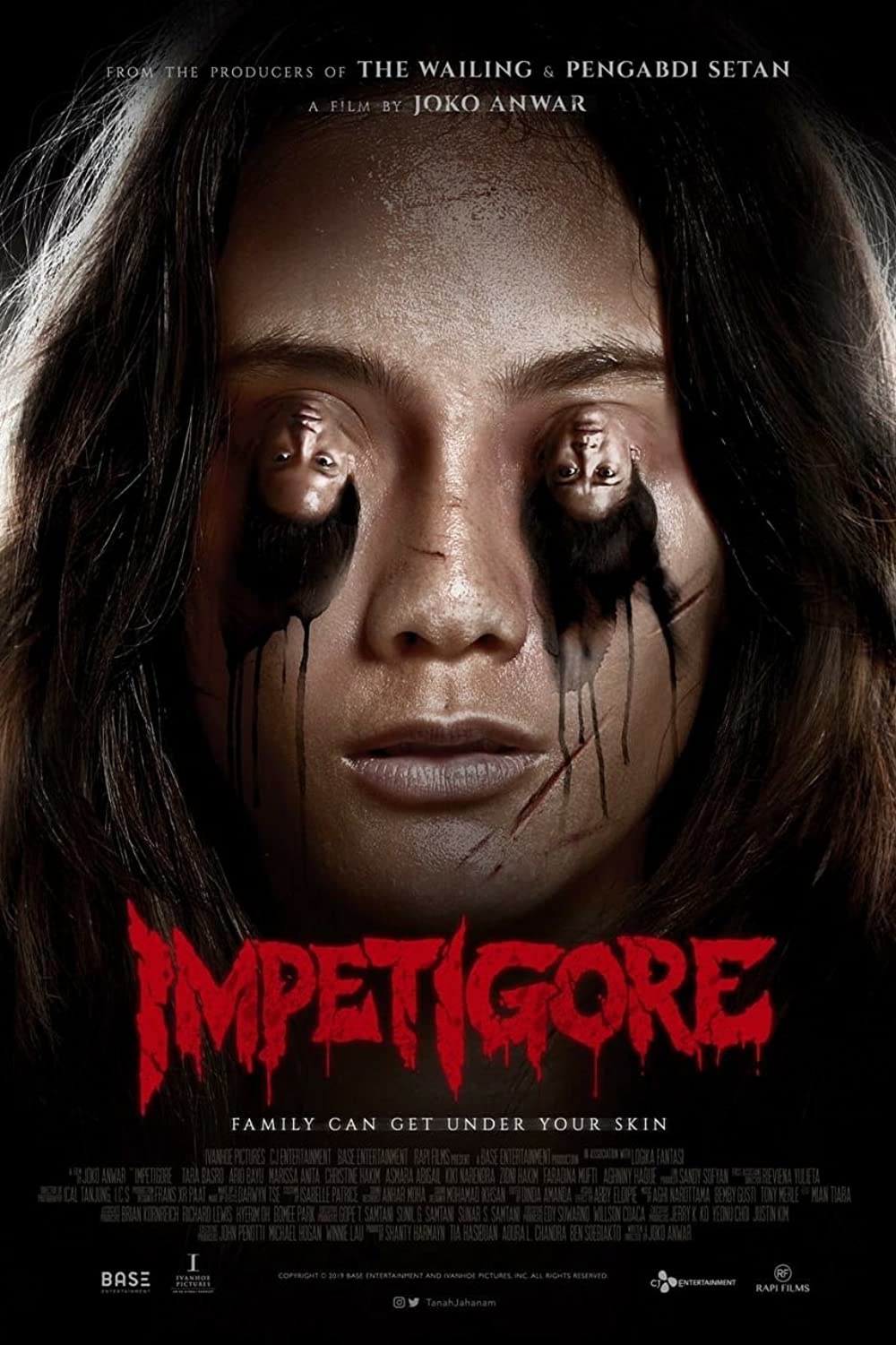 A young woman and her friend travel to a remote village to find out the sinister secrets of her family in Impetigore. Maya (Tara Basro) is a young woman, who is left shaken after being attacked by a machete-wielding madman while working in a tollbooth. Soon afterward, Maya discovers old photos that suggest that she was part of a wealthy family in the remote village of Harjosari. Maya decides to travel to the village with her best friend Dini (Marissa Anita) and hope to get answers about her parents from the town elder Ki Saptadi (Ario Bayu). However, it soon becomes apparent that Maya’s parents weren’t well-liked in this village and both women soon find themselves in grave danger.

Impetigore is the latest horror film from Indonesian auteur Joko Anwar (Satan’s Slaves), which brings us to a remote village that is suffering from a horrible curse that has resulted in an abnormal amount of infant fatalities. Believing Maya and her family to be the cause of the curse, she quickly becomes targeted for death by the village elder Ki Saptadi and his shaman mother Nyi Misni (Christine Hakim). Maya receives assistance from the sympathetic villager Ratih (Asmara Abigail), who tries to help Maya escape with her life.

After taking a superhero detour with last year’s Gundala, Joka Anwar returns with a proper horror follow-up to his 2018 breakthrough film Satan’s Slaves. While Satan’s Slaves was more about building us scare, Impetigore is seems more about outright shocking the audience. While the plot does have have a supernatural element to it, the true threat are paranoid villagers, who are willing to do anything to break the curse that is placed upon them.

Even though I’ve only been familiar with him for a couple of years, Joko Anwar has fast become of my favourite international horror filmmaker, whether it be from Satan’s Slaves or his episode “A Mother’s Love” from the HBO Asia anthology series Folklore. There are elements of the plot of Impetigore that could have easily entered torture-porn territory, but Anwar is able to show great restraint by only having breath flashes of on-screen violence, while only suggesting the more horrific elements. I also have to make note of a flashback to a massacre at a shadow puppet show, which is a beautifully composed mix of shadows and blood splatter.

While Satan’s Slaves is undoubtedly the scarier film of the two, Impetigore is still a well-crafted horror film that continues Joko Anwar’s ability at using Indonesia culture and superstition to craft his tales of terror.

Impetigore is now streaming on Shudder