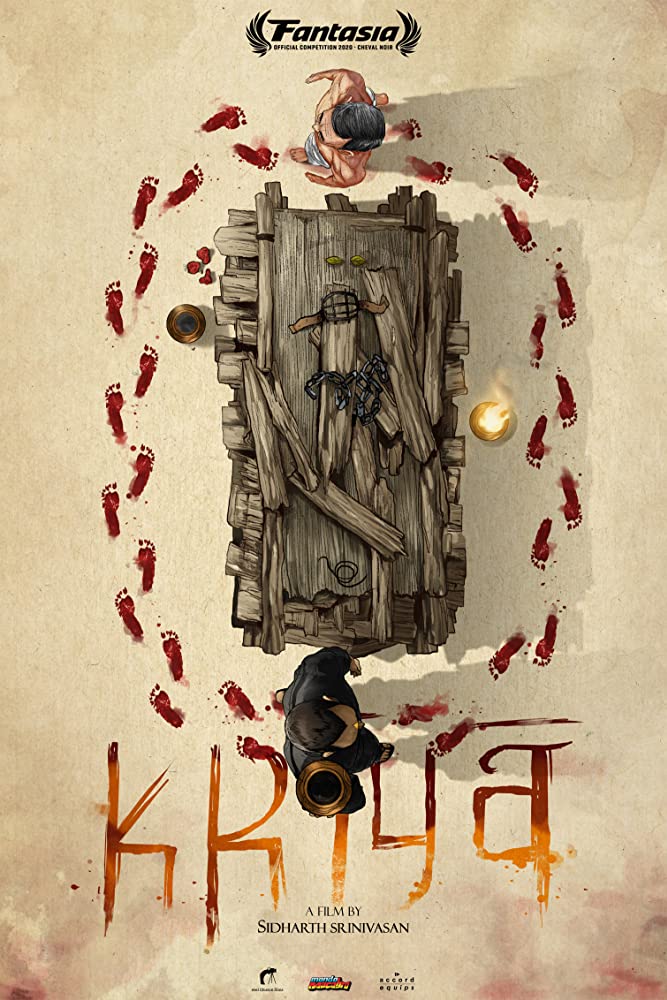 A man finds himself thrust into the funeral ritual for the father a woman he just picked up in a bar in Kriya. Neel (Noble Luke) is a nightclub DJ, who picks up a woman named Sitara (Navjot Randhawa) following a set. He ends up following her home to find Sitara’s mother Tara Devi (Avantika Akerkar), sister Sara (Kanak Bhardwaj), and priest Panditji (Sudhanva Deshpande) laying vigil over the bound and gagged body of Sitara’s dying father Kamalkant Kumar (M.D. Asif). With Hindu custom stating that a son performs a father’s last rights, Neel is encouraged by Sitara to perform the funeral rights for her father.

Kriya is a film from Indian filmmaker Sidharth Srinivasan, who takes what would otherwise be an Indian social drama and turns it into a supernatural horror story. Neel quickly finds himself over his head when the woman he just picked up leads him to her family’s death vigil. In addition, after drinking a herbal concoction given to him by the housekeeper Magdali (Anuradha Majumder), Neel begins having horrific visions of his own dead father (Kishan Bahurupiya). As the funeral rights begin for Sitara’s father, Neel comes to realize that he is now apart of an ancient curse that inflicts the family.

With Kriya, director Sidharth Srinivasan uses the horror genre to somewhat subvert the patriarchal practices of India, particularly the custom that it is supposed to be a man that presides over a funeral. It is also mentioned at one point that “rituals are to be followed, not understood” and it quickly becomes obvious in the film that Neel is unaware of the true nature of the “black funeral” he is taking part in, until it is much too late.