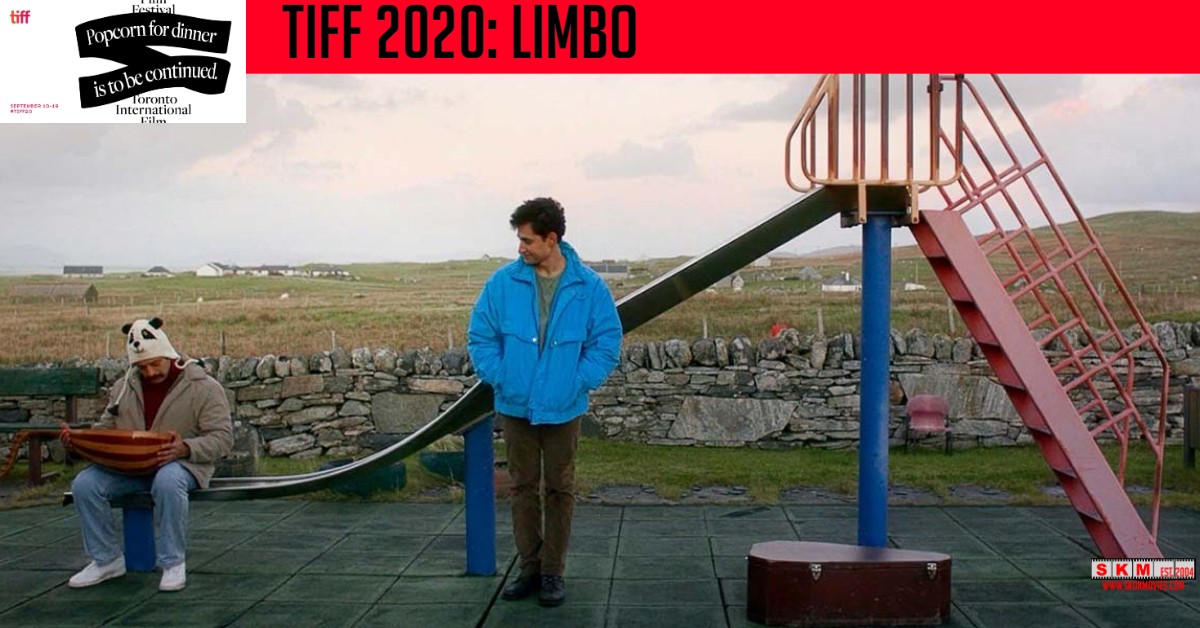 A Syrian refugee is left in purgatory on a Scottish island in Limbo. Omar (Amir El-Masry) is a young Syrian man, who is left waiting around on an island in Scotland’s Outer Hebrides, as he awaits a letter about whether or not he will be granted asylum. He is joined in this wait by Farhad (Vikash Bhai), a mustachioed man from Afghanistan with a reverence for Freddie Mercury, and African brothers Abedi (Kwabena Ansah) and Wasef (Ola Orebiyi). Omar also regularly checks in with his parents on the island’s only payphone and he wonders if he’ll ever again be able to play his grandfather’s oad, which he carries with him everywhere.

Limbo is a film from writer/director Ben Sharrock, about a Syrian refugee who is at a major crossing roads in his life. During Omar’s regular calls to his parents, they seem to share a greater admiration for his brother Nabil (Kais Nashif), who opted to stay behind in Syria and fight. This results in Omar whether he has made the right decision to become a refugee.

While Limbo is a film that can ultimately be described as a drama the film is also punctuated by a dry sense of humour, whether it be the quirky cultural awareness classes put on by the locals or debates about episodes of Friends. In some ways, I compare Limbo to Bill Forsyth’s Local Hero, both in how they share a remote Scottish setting and feature a recurring element of a lone phone booth being used to make calls. Limbo also features a clever use of aspect ratios to signify the state of Omar’s purgatory.