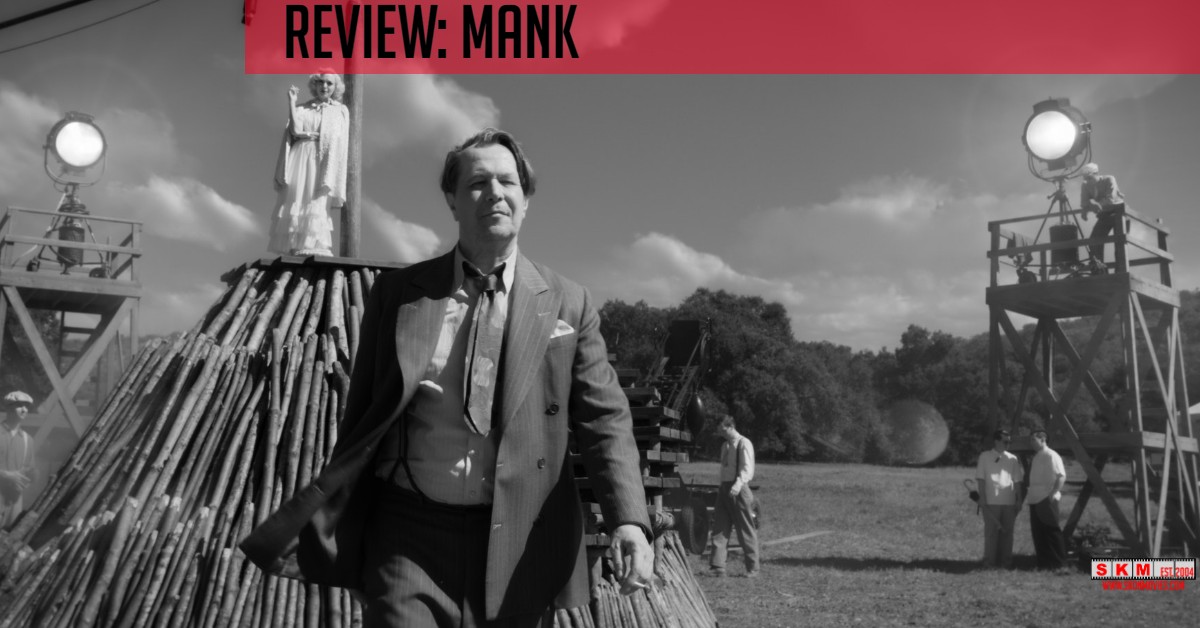 The events that lead to the writing of the screenplay for Citizen Kane are dramatized in Mank. Herman J. Mankiewicz (Gary Oldman) is a washed-up, alcoholic screenwriter who is hired in 1940 by RKO to write a screenplay for Orson Welles (Tom Burke). Put up in a secluded house while recovering from a broken leg, Herman is assigned to dictate the screenplay to his secretary Rita Alexander (Lily Collins). The story of Herman’s screenplay turns out to be heavily inspired by his time working for Louis B. Mayer (Arliss Howard) at MGM and his acquaintance with newspaper publisher William Randolph Hearst (Charles Dance) and his mistress Marion Davies (Amanda Seyfried).

Mank is a biopic about Herman J. Mankiewicz directed by David Fincher, from a screenplay written three decades ago by his late father Jack. The film tells the supposed backstory of how Citizen Kane came to be written, which would end up winning the Academy Award for Best Original Screenplay. David Fincher produced the film to appear as it made in the 1930s setting of the film, complete with a throwback score by Trent Reznor and Atticus Ross. The film uses a flashback structure, which shows various moments during the 1930s that provided inspiration for the screenplay Herman J. Mankiewicz is hired to write in 1940.

Based on recent news, it almost seems like a sick joke that a film that is set during the golden age of cinema was produced for and released on the streaming service Netflix, with the ongoing COVID-19 pandemic all but killing any chance Mank would have had for a theatrical release. Indeed, arguably the biggest selling point of the film is that David Fincher shot and edited Mank to make it seem a film from the time period, right down to there being the presence of “cigarette burns” in the corner of the screen, which typically signified reel changes.

However, the 1930s aesthetic of Mank also makes the film an example of style over substance. The titular role is arguably not one of the strongest performances by Gary Oldman, even though he gets to do one hell of a drunken tirade in the final act. The true standouts in the film are Amanda Seyfried, putting on a thick Brooklyn accent as actress Marion Davies, and Charles Dance who isn’t in the film nearly enough as Charles Foster Kane-inspiration William Randolph Hearst, who would regularly host parties at Hearst Castle.

It can be argued that Mank was a bit of a passion project for David Fincher, which he was trying to produce since the 1990s. However, the final project is a 1930s throwback with some well-done cinematography and production design, but not really the strongest story, which is quite ironic for a film about a screenwriter.

Mank is now available on Netflix