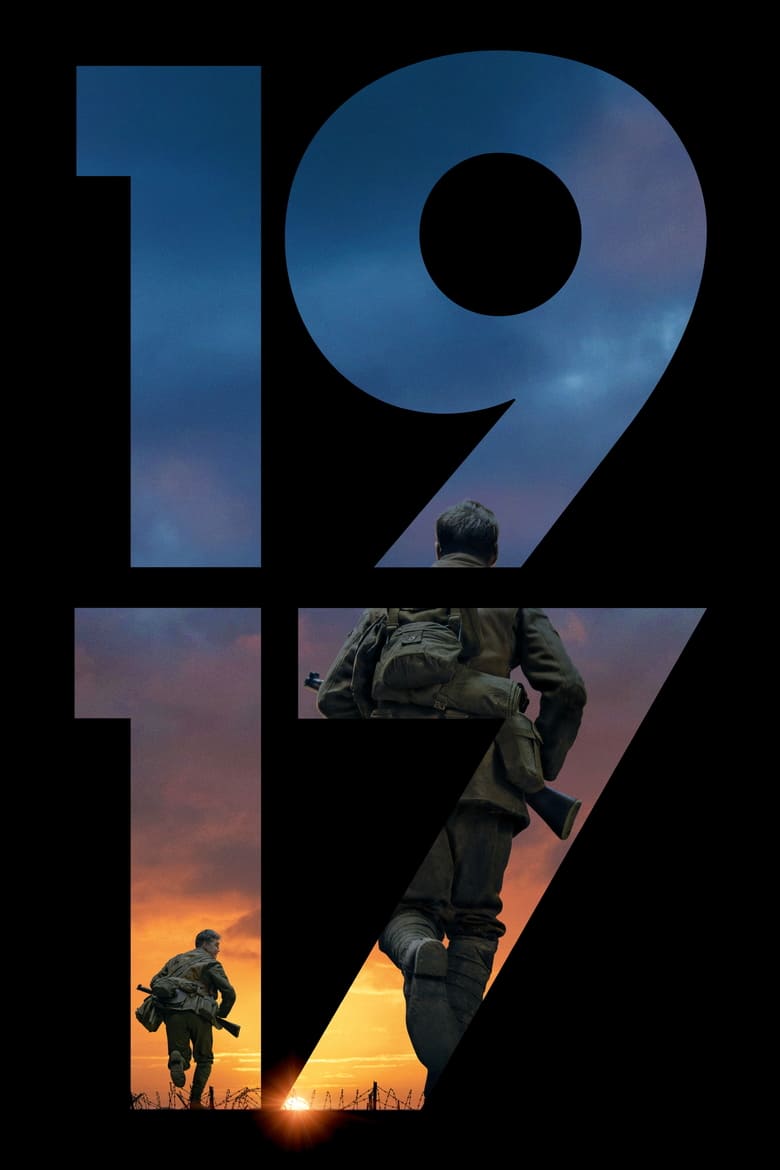 Two soldiers during the First World War are sent to stop their fellow soldiers from walking into a trap in 1917. In the spring of 1917 in the midst of the First World War, Lance Corporal Blake (Dean-Charles Chapman) and Lance Corporal Schofield (George MacKay) are taken to speak with General Erinmore (Colin Firth), who tells them that 1600 soldiers, including Blake’s older brother (Richard Madden), are walking into a trap set up by Germany. Blake and Schofield have until morning to travel deep into enemy territory and deliver orders to Colonel Mackenzie (Benedict Cumberbatch) and prevent a possible massacre.

1917 is an epic war film co-written and directed by Sam Mendes (American Beauty, Skyfall). Reteaming with acclaimed cinematographer Roger Deakins, 1917 is presented in a single continuous take, as two young British soldiers race to stop their comrades from walking into a massacre. With relatively unknown actors Dean-Charles Chapman and George MacKay cast as the leads, 1917 features a number of brief appearances from more familiar faces, such as Andrew Scott, Benedict Cumberbatch, Mark Strong, and Colin Firth.

Sam Mendes has had a quite varied filmmaking career since he debuted, and won multiple Oscars, with American Beauty in 1999. After directing the previous two James Bond films, Sam Mendes now directs a First World War film based loosely on a story about the war told to him by his grandfather Alfred H Mendes, to whom the film is dedicated.

The story of 1917 is a relatively simple one, as these two lone soldiers have to get from Point A to Point B, within a set time frame. However, the decision to present the film as a single continuous take helps to build the tension, as Blake and Schofield head deep into enemy territory. 1917 doesn’t shy away from showing how deadly war can be and you are left truly fearing whether these soldiers will finish their mission on time.

The true star of 1917 is Roger Deakins’ cinematography, which you really have to see on the biggest screen possible. 1917 is quite possibly the best shot film I’ve seen this year and I don’t see any other film walking away with the Best Cinematography Oscar come awards season.

While I will say that Sam Mendes has made better films over his two-decade career, I will still say that 1917 is a single take war film that is both thrilling at times and a major visual accomplishment.