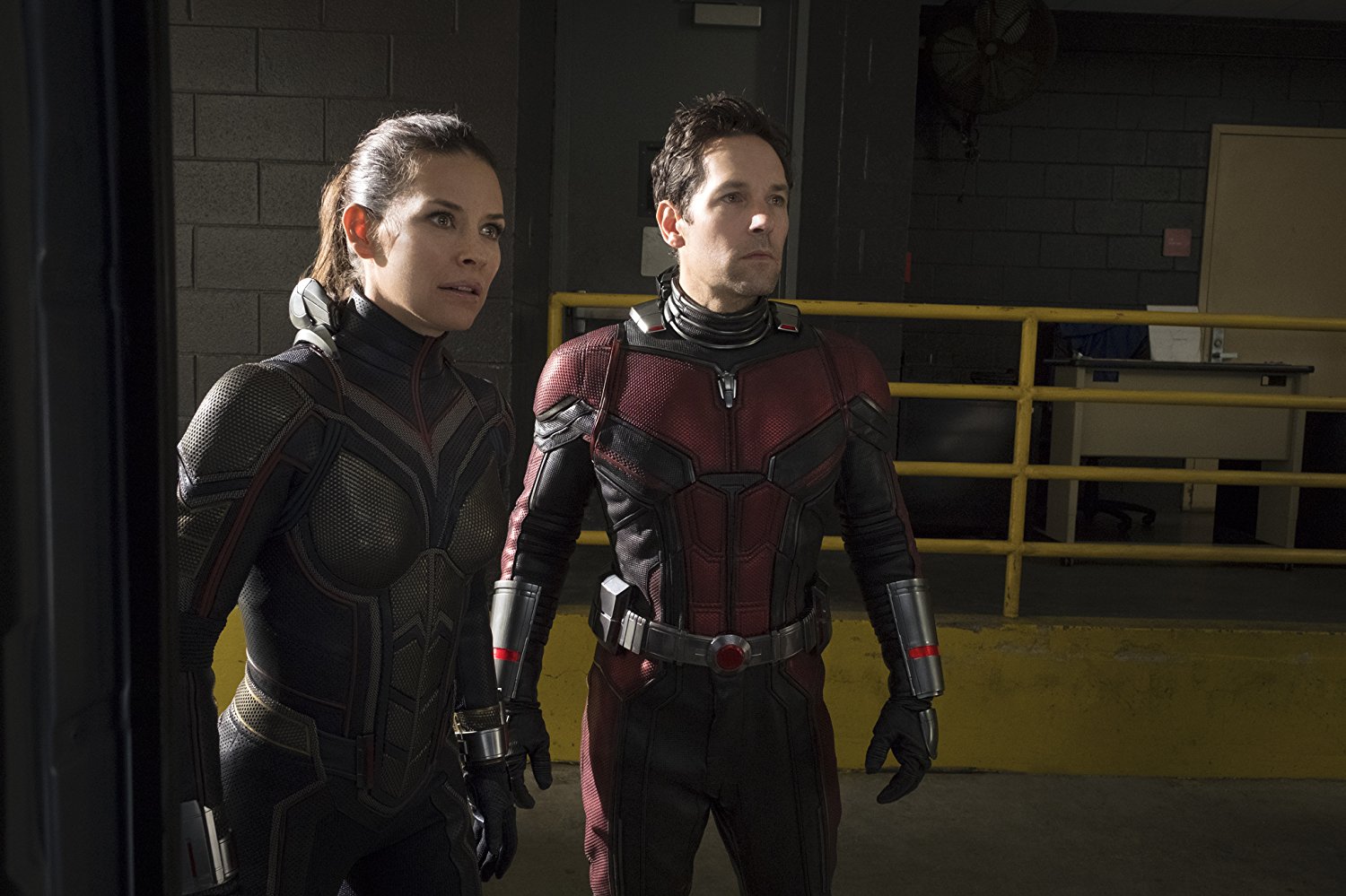 The pint-sized superhero gets a new partner in Ant-Man and the Wasp. In the aftermath of the events of Captain America: Civil War, Scott Lang (Paul Rudd) has been placed under house arrest by the FBI, while Hank Pym (Michael Douglas) and his daughter Hope Van Dyne (Evangeline Lilly) are wanted fugitives. When he has a dream that features Hank’s wife Janet Van Dyne (Michelle Pfeiffer), who has been missing in the quantum realm for three decades, Scott gets into contact with the fugitives, who secretly breaks him free from house arrest to help with a plan to rescue Janet. However, this attracts the attention of Ava Starr (Hannah John-Kamen), aka Ghost, a woman with a molecular instability, who is able to phase through objects. Ava wants to use the power of the quantum realm to stabilize to deteriorating body, even if it means the death of Janet.

After the bleakness that was Avengers: Infinity War, the Marvel Cinematic Universe lightens up once again for Ant-Man and the Wasp. Director Peyton Reed returns to the director’s chair, this time without the baggage of having original come on board for the last film to replace the departed Edgar Wright. This time around, Hope Van Dyne suits up alongside Scott Lang’s Ant-Man as The Wasp, who is equipped with the ability to fly and fire blasters. Hank Pym has been constructing a bridge to try and rescue his long lost wife Janet, however this attracts the attention of both the phasing villain Ghost and shady arms dealer Sonny Burch (Walton Goggins).

Just like its predecessor, Ant-Man and the Wasp is a film that is just as much a comedy as it is a superhero film. The film features many comedic moments, many of which are focused upon the returning Michael Peña as Scott Lang’s buddy Luis. In addition, other than referencing the events of Captain America: Civil War, the events of which resulted in Scott Lang being placed under house arrest, Ant-Man and the Wasp is a film that for the most part stands on its own from the rest of the Marvel Cinematic Universe, save for the obligatory credits scene.

The supporting cast of Ant-Man and the Wasp includes the return of Judy Greer and Bobby Cannavale as Scott Lang’s ex-wife Maggie and her new husband Paxton respectively, as well as Abby Ryder Fortson returning as Scott Lang’s very cute daughter Cassie. Also featured in the film is Randall Park as FBI agent Jimmy Woo, who is always one step behind, and Laurence Fishburne as Hank Pymm’s former colleague and professional rival Bill Foster. Then there’s Michelle Pfeiffer as Janet Van Dyne, whose disappearance into the quantum realm is the crux of the entire plot of the film.

Overall, I have to say that Ant-Man and the Wasp is a whole lot more fun than the first film.