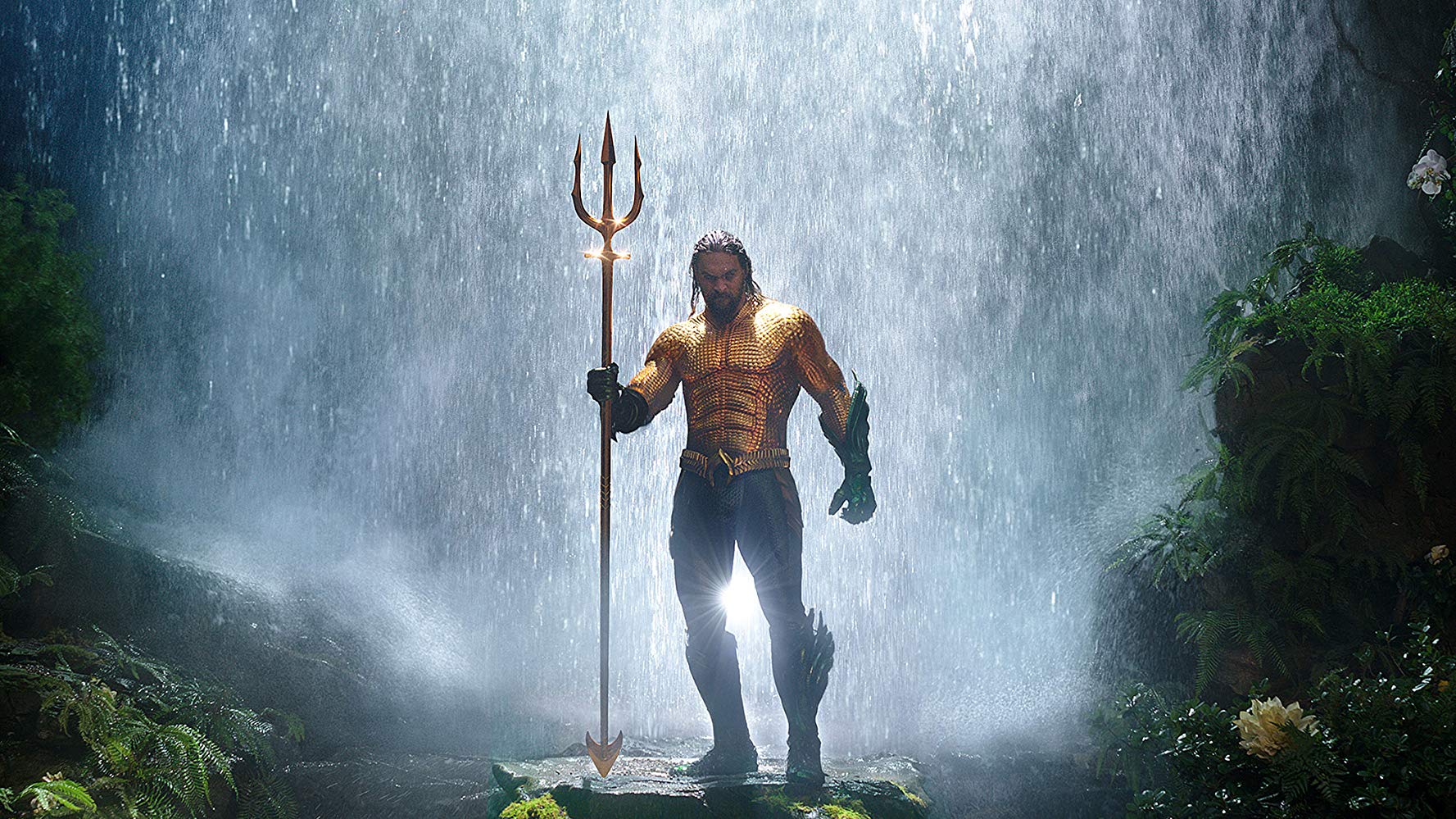 The deep sea superhero sets out to claim his rightful place as king of Atlantis in Aquaman. Arthur Curry (Jason Momoa) is an Atlantian half-breed born as a result of a forbidden union between lighthouse keeper Tom Curry (Temuera Morrison) and Queen Atlanna (Nicole Kidman). One day, Arthur is approached by Princess Mera (Amber Heard) to come to Atlantis and challenge his half-brother Orm (Patrick Wilson) for the throne. The two are tasked by royal adviser Nuidis Vulko (Willem Dafoe) to seek out the Trident of Atlan, which will help his claim his rightful place as king. However, Orm isn’t going down without a fight and he sends the ruthless mercenary Black Manta (Yahya Abdul-Mateen II) to dispose of his older brother.

After the somewhat underwhelming Justice League film, the DC Cinematic Universe strives to get back on track with the first solo adventure for Aquaman. Director James Wan (The Conjuring, Furious 7) takes on the challenge of creating a film for a character is arguably considered one of the lesser members of the Justice League. Taking a page out of Marvel’s Thor films, Aquaman primarily takes place in the underwater kingdom of Atlantis, which features technology much more advanced that what is in the surface world. King Orm strives to become declared Ocean Master and star a war with the surface world. Before that can happen, Arthur Curry must locate a trident once held by the first ruler of Atlantis, which will grant him the power to challenge Orm for the throne.

Despite the huge success of Wonder Woman early last year, the future of DC comics films seemed up in the air after Justice League failed to make much of an impression. Now, DC has the challenge of presenting a film about the superhero who is often mocked for having the power to talk to fish. Aquaman also ironically brings to life a plot thread from the HBO series Entourage, where a James Cameron directed Aquaman film was the breakout film for the show’s lead character Vincent Chase.

James Wan continues his transition from being primarily a horror director, as he presents his first big budget superhero film. Aquaman was indeed a huge undertaking for Wan, since at least 60% of the film takes place in the underwater kingdom of Atlantis, which requires a large amount of effects work to bring to life, including creating the illusion that the characters are actually underwater, when they aren’t really.

Despite being a central figure in Justice League, it can be said that Aquaman is the true big screen introduction for Arthur Curry, as the film delves into his history of being the bastard child of the Queen of Atlantis and a lowly lighthouse keeper. However, even as a young man, Arthur was trained by royal adviser Vulko to one day take his rightful place as the King of Atlantis. However, he has to act quickly, since King Orm is in the process of forming alliances with the many underwater rulers, including Mera’s father King Nereus (Dolph Lundgren), in order to have himself declared Ocean Master and start a war with the surface world.

One thing I can definitely say about Aquaman is that James Wan has a major attention to detail, including having the characters look very close to their comic incarnation, which includes the villain Black Manta and his very large big-eyed helmet. The film also opts to be a standalone story, with none of the other members of the Justice League being once referenced.

Overall, I will say that Aquaman is definitely a step up for the DC Cinematic Universe, though these films still have a long way to go before they come close to catching up with Marvel.