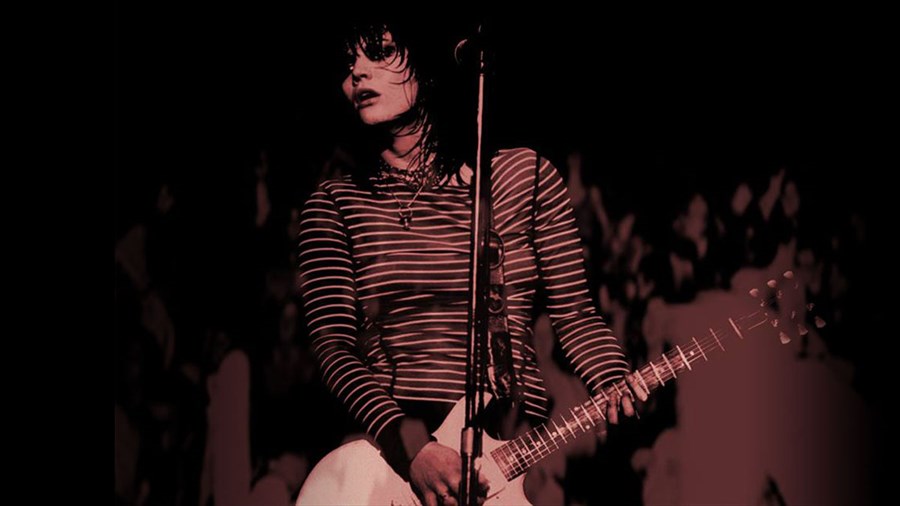 The career of Joan Jett is chronicled in Bad Reputation. Since she has been very young, Joan Jett had the ambition to become a rock star, despite the industry having a bias against women. When she was still a teenager, Jett co-founded the all female punk rock group The Runaways, which experienced great success in the mid-70s, before imploding due to creative differences. Joan Jett would then team up with songwriter and record producer Kenny Laguna, as she kickstarted a solo career that generated hits, such as “Bad Reputation,” “I Love Rock and Roll,” and “I Hate Myself for Loving You.”

Director Kevin Kerslake provides a document of Joan Jett’s career, spanning four decades from the formation of The Runaways in the mid-1970s to Joan Jett’s induction into the Rock and Roll Hall of Fame in 2015. Since the beginning, Joan Jett had to struggle with bias and prejudices about women in the music industry. With The Runaways, the focus was primarily on “blonde bombshell” frontwoman Cherie Currie, which eventually caused the band to implode. This resulted in Joan Jett having a hard time getting her solo career off the ground, with she and Kenny Laguna ending up forming their own label to distribute her debut record.

Without a doubt, Joan Jett is one of the most influential female rock performers of all time and Bad Reputation does a pretty good job at covering all the bases of her career. Along with the central interviews with Joan Jett, Kenny Laguna, Cherie Currie, and the rotating line-up of Jett’s backing band the Blackhearts, Bad Reputation also features interviews with the likes of Iggy Pop, Billie Joe Armstrong, Debbie Harry, Kathleen Hanna, and Miley Cyrus, who all talk about how influential Joan Jett’s music is. There are even a couple of interviews with Michael J. Fox, who acted with Joan Jett in Paul Schrader’s 1987 film Light of Day, and Kristen Stewart, who played Joan Jett in the 2010 biopic The Runaways.

At the core of Joan Jett’s longevity is the odd couple relationship she shares with Kenny Laguna, who has stuck with her throughout the many highs and lows of her career. It is amazing that someone who started performing professionally when she was still a teenager is still going strong four decades later.

Altogether, Bad Reputation does a pretty good job and showing how important Joan Jett was and still is to women in rock and roll.