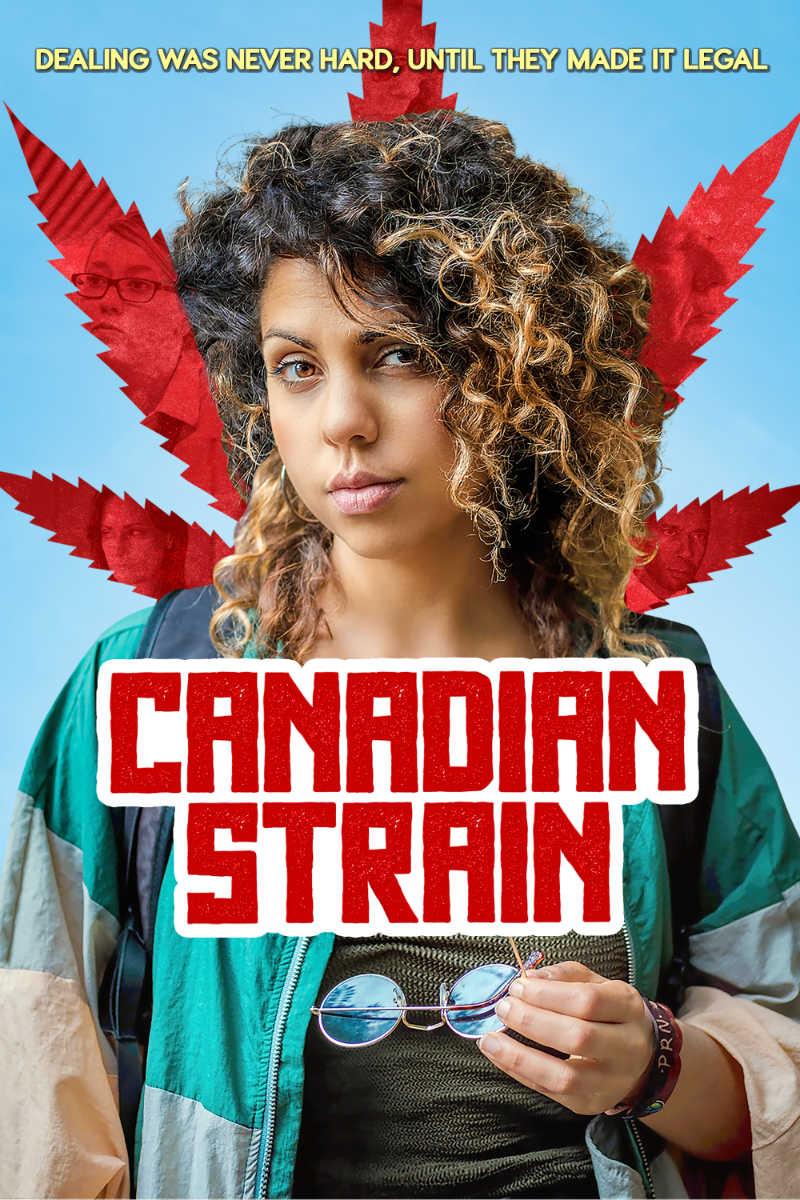 A pot dealer struggles to make a living after cannabis is made legal in Canadian Strain. Anne Banting (Jess Salgueiro) is feeling major mixed feelings about the upcoming legalization of cannabis in Canada since even though it is something she fought for, it leaves her profession as a drug dealer null and void. Anne explores multiple different options, such as working for a Government-run cannabis store with her eccentric co-worker Judy (Naomi Snieckus) or joining her friend Beth (Hannah Spear) to sell hard drugs in a nightclub for local baron Valerie (Natalie Brown). Throughout her trials and tribulations, Anne receives sage playground advice from her father Jack (Colin Mochrie).

Canadian Strain is a dark comedy from writer and director Geordie Sabbagh that takes a somewhat satirical look at the recent legalization of cannabis in Canada. The film stars Jess Salgueiro (I’ll Take Your Dead, The Boys) as Anne, an entrepreneurial pot dealer, who finds herself losing customers in light of legalization, including her own grandmother, who wants to get points from Shopper’s Drug Mart. Anne is now left at a crossroads, as desperately tries to find a way to either legitimatize her practice or find alternative sources of income.

It was a landmark period for Canadian history in October of 2018 when Justin Trudeau’s Liberal government decriminalized the sale of cannabis for recreational purposes. However, the legalization came with a major catch, as the sale of cannabis was to be heavily regulated by the government, with the initial plan in Ontario being the implementation of government-run retailers, not unlike the LCBO or Beer Store, both of which of featured in brief history lessons in Canadian Strain, which also includes a number of archive entrepreneur videos, including one promoting an “Ontario and You” handbook.

While Canadian Strain is a largely fictionalized depiction of what happened after legalization, it does play off some actual events, specifically how there were real crackdowns of non-licensed dealers and dispensaries. Anne’s situation highlights one of the main hypocrisies of legalization since decriminalizing the sale of cannabis doesn’t automatically dealers like Anne legal. Canadian Strain briefly tackles some dark subject matter, as Anne takes a job dealing with hard drugs, which results in one of her clients having an overdose in a club. However, this plotline is quickly dropped with a throwaway line and we never end up returning to it; instead, we progress to a much more comic scene of, one of Anne’s former clients, Brent ( Dion Johnstone) having a bad trip on cannabis he got from a Tinder-like app.

Altogether, I’ll say that Canadian Strain is a fine enough dark comedy with solid performances by its ensemble cast.