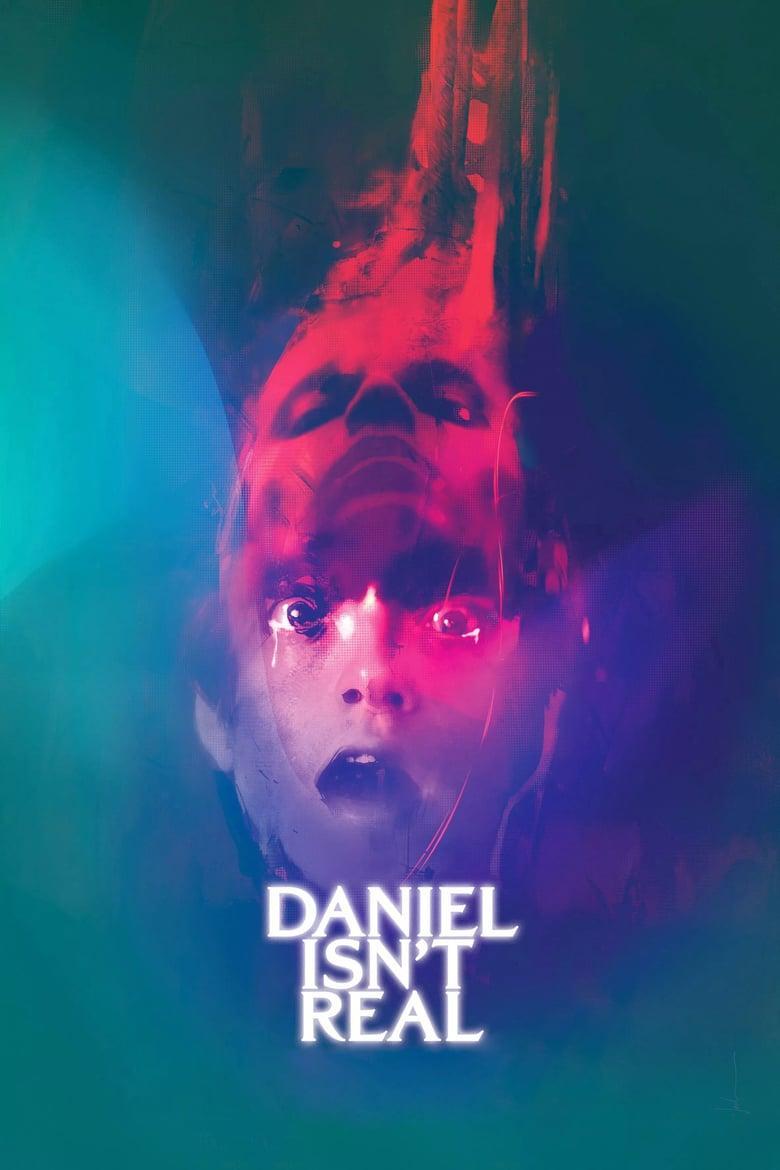 A young man’s psyche is slowly torn apart by his “imaginary” friend in Daniel Isn’t Real. Luke (Miles Robbins) is a college freshman, who is constantly worried about his mentally unstable mother Claire (Mary Stuart Masterson). Fearing that he may be following down her footsteps, Luke visits Dr. Cornelius Braun (Chukwudi Iwuji), who advises him to reconnect with his imaginative side. This results in Luke reconnecting with his childhood imaginary friend Daniel (Patrick Schwarzenegger), who not only helps Luke with his mother but also gives him increased confidence. However, when he begins ignoring Daniel to try and connect with artist Cassie (Sasha Lane), Daniel begins to reveal a much more controlling and violent side that threatens to take complete control of Luke’s psyche.

Daniel Isn’t Real is a psychological horror film from director Adam Egypt Mortimer (Some Kind of Hate), adapted from the novel “In This Way I Was Saved” by Brian DeLeeuw. The film is lead by next-generation stars Miles Robbins (son of Tim Robbins and Susan Sarandon) and Patrick Schwarzenegger (son of Arnold) as Luke and Daniel respectively. Initially is seems that ultra-confident Daniel is a visual representation of Luke’s ID, who helps him gain the confidence to interact with people such as Cassie and Sophie (Hannah Marks). However, when Luke discovers that Daniel has the ability to take complete control of his psyche, he begins to fear that Daniel may be something much more sinister than just an imaginary friend.

On its surface, it would be easy to describe Daniel Isn’t Real as Drop Dead Fred done as a horror film. However, the description turns out not be that simple, as Adam Egypt Mortimer presents a quite original horror tale that begins as a story about mental illness and ends up being something quite different indeed. I don’t want to get too deep into the many twists and turns of the story, though it quickly becomes apparent that Daniel is more than simply just Luke’s imaginary friend.

The performance that stands out the most in Daniel Isn’t Real is Patrick Schwarzenegger as the titular character, who begins as a suave and cool friend to Luke, before slowly revealing his more antagonistic side. The film as a whole sport a relatively small cast of characters, with Sasha Lane (American Honey, Hellboy) being the only one other than Miles Robbins and Patrick Schwarzenegger to have a decent among of screentime in the film.

It is hard for me to talk much more about Daniel Isn’t Real without revealing all the cards the film has up its sleeves, but I will say that it ends up being a clever little horror film about people with mental illness struggling with that little voice in their head.