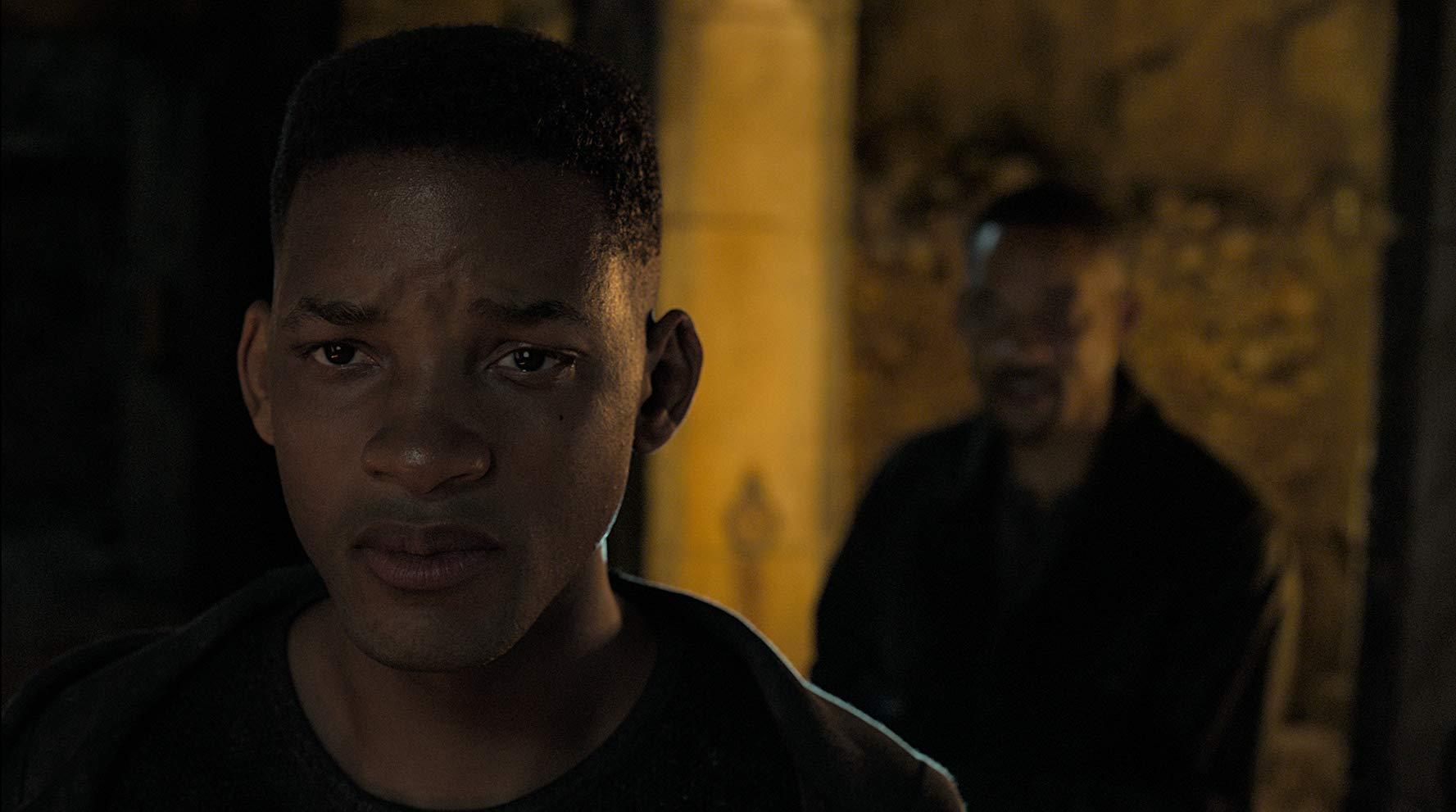 5.7
Gemini Man (2019) 1h 57min | Action, Drama, Sci-Fi | 11 October 2019 (USA)
Director: Ang LeeWriters: David Benioff, Billy RayStars: Will Smith, Mary Elizabeth Winstead, Clive Owen
Summary: An over-the-hill hitman faces off against a younger clone of himself.
Countries: China, USALanguages: English
Source: imdb.comDisclaimer: This plugin has been coded to automatically quote data from imdb.com. Not available for any other purpose. All showing data have a link to imdb.com. The user is responsible for any other use or change codes.

A retiring hitman finds himself hunted by his younger clone in Gemini Man. Henry Brogan (Will Smith) is an ageing government assassin, who has become disillusioned with killing and decides to retire. After retiring, Henry learns that the target of his final job was innocent. This knowledge makes Henry a target of the agency he used to work for and he ends up going on the run with fellow agent Danny Zakarweski (Mary Elizabeth Winstead) and his friend Baron (Benedict Wong). The three quickly find themselves tracked by Junior (Smith), a clone of Henry created by the black ops agency GEMINI, run by Clay Verris (Clive Owen).

Gemini Man is an action/thriller directed by Ang Lee (Crouching Tiger, Hidden Dragon), which utilizes the latest in computer de-ageing to have Will Smith’s character of Henry Brogan facing off against a clone of himself 30 years younger. The film features a typical cat and mouse plot, which eventually reaches the point when Henry tries to reason with Junior, so they can take down the bigger enemy of Clay Verris.

Ang Lee is not a filmmaker who is known for directing conventional Hollywood action films, with Gemini Man being his first such film since Hulk way back in 2003. However, it is quite obvious that Lee is attracted to technological advances in filmmaking. Not only does Gemini Man utilize computers to create a younger version of Will Smith, but like Lee’s previous film Billy Lynn’s Long Halftime Walk, Gemini Man was shot in 3D at 120 frames-per-second. Having chosen to watch the high-framerate presentation of the film, I do have to say that I was somewhat impressed since it helps to make the 3D more noticeable. On the downside, I received a major headache while watching.

A pleasant surprise for me was the casting of Clive Owen as the main antagonist Clay Verris, since he hasn’t had many prominent roles over the last decade, unless you count his leading role in the TV series The Knick. The rest of the cast of Gemini Man is fine with Mary Elizabeth Winstead being the typical kickass female lead and Benedict Wong offering most of the film’s comic relief.

Overall, I will say that while I thought that Gemini Man was a decent film, it is not something I would give major praise for. In fact, if it wasn’t for the de-ageing effects and high-framerate presentation, the film would be just your average action/thriller. That’s not necessarily a bad thing, even though Gemini Man will probably be remembered as little more than a glorified tech demo.