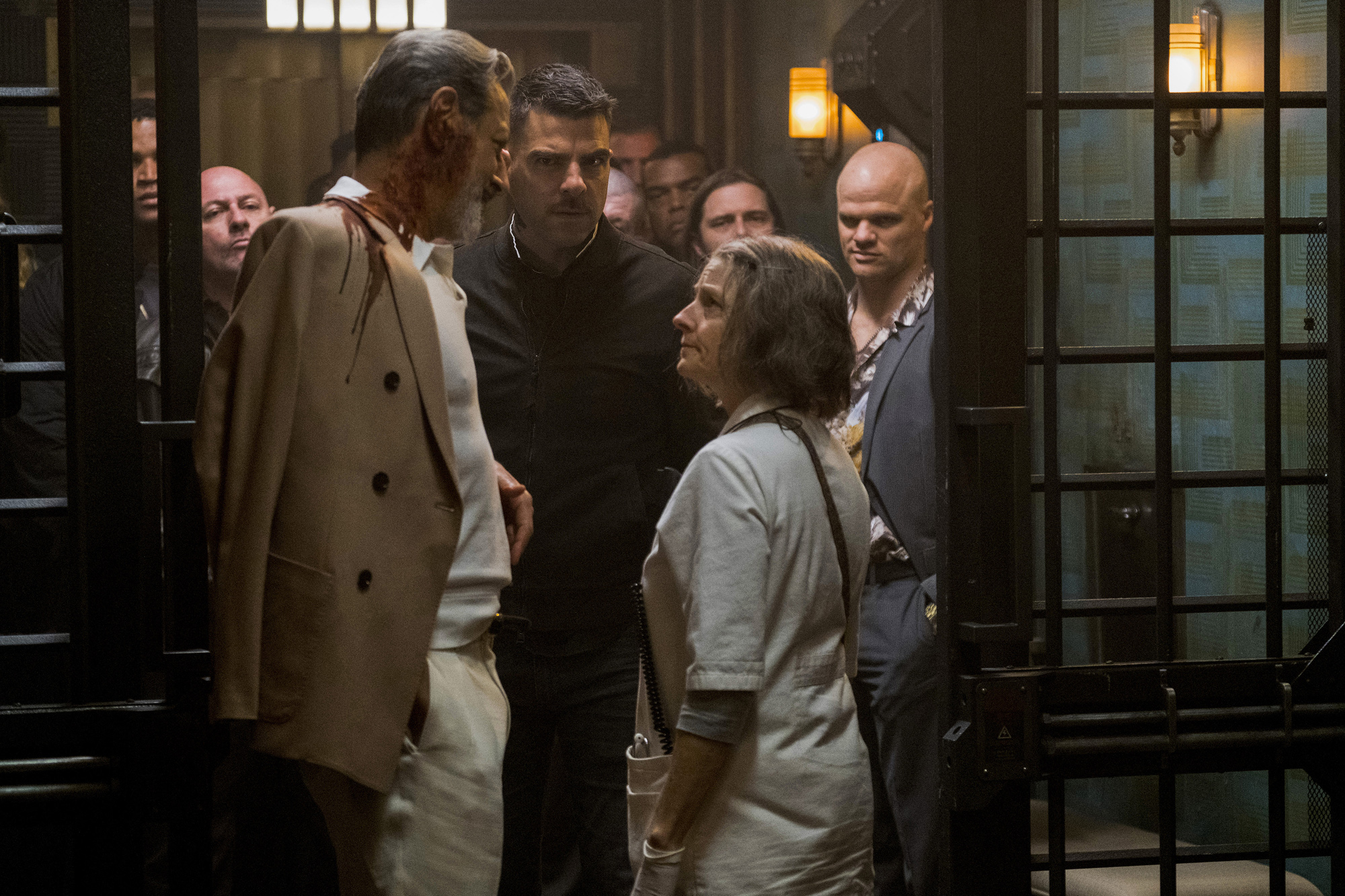 Bank robbers take refuge in a top secret hospital for criminals in Hotel Artemis. It is June 21, 2028 and Los Angeles is in the midst of the worst riots in its history. After a botched bank robbery, Sherman (Sterling K. Brown) and his brother (Brian Tyree Henry) are injured by gunshots and go for emergency care at a member’s only hospital for criminals located in the penthouse of the Hotel Artemis, where they are given the room code names of Waikiki and Honolulu. As The Nurse (Jodie Foster) cares for Honolulu’s wounds, Waikiki becomes acquainted with hulking orderly Everest (Dave Bautista) and fellow patients Nice (Sofia Boutella) and Acapulco (Charlie Day). As the riots approach their location, the security of the Hotel Artemis is endangered by the impending arrival of The Wolf King (Jeff Goldblum) and his psychotic son Crosby (Zachary Quinto).

Hotel Artemis is a low budget, semi-futuristic action/thriller by first time filmmaker Drew Pearce. The film take place a decade into the future, where Los Angeles has become a dystopian city plagued by water privatization by the Clearwater Corporation, which precipice for a violent riot that is tearing the city apart. As the riots are raging outside, The Nurse tries to maintain order at her secret hospital in the Hotel Artemis, which is run by a very strict set of rules. However, when Morgan (Jenny Slate), a cop who The Nurse knew from the past shows up outside, The Nurse makes the bold decision to break the rules to help her, despite the impending arrival of The Wolf King, who owns the entire city.

Hotel Artemis is a VOD quality film that is elevated somewhat by strong casting. This is particularly the case for The Nurse, played by an extremely grizzled Jodie Foster, appearing in her first film role since Elysium back in 2013. Also standing out in the film is Dave Bautista, as the hulking, yet by the book orderly Everest and Jeff Goldblum chewing the scenery for his few scenes as The Wolf King. Coming off a supporting role early this year in Black Panther, Sterling K. Brown is fine enough in the lead role of Waikiki, even though he is overshadowed somewhat by his co-stars.

Even though the bulk of the film takes place within the titular hotel, Hotel Artemis does feature its fair share of exposition and world building. This includes news reports namedropping the Clearwater Corporation, which charges for water consumption, as the subtle use sci-fi technology. While I’m not sure if it would ever be done, it would be interesting if another film was made that further builds upon the world created for this film.

Overall, I have to say that Hotel Artemis is a fine middle of the road action-thriller. It’s not horrible, but it isn’t necessarily all that memorable either.