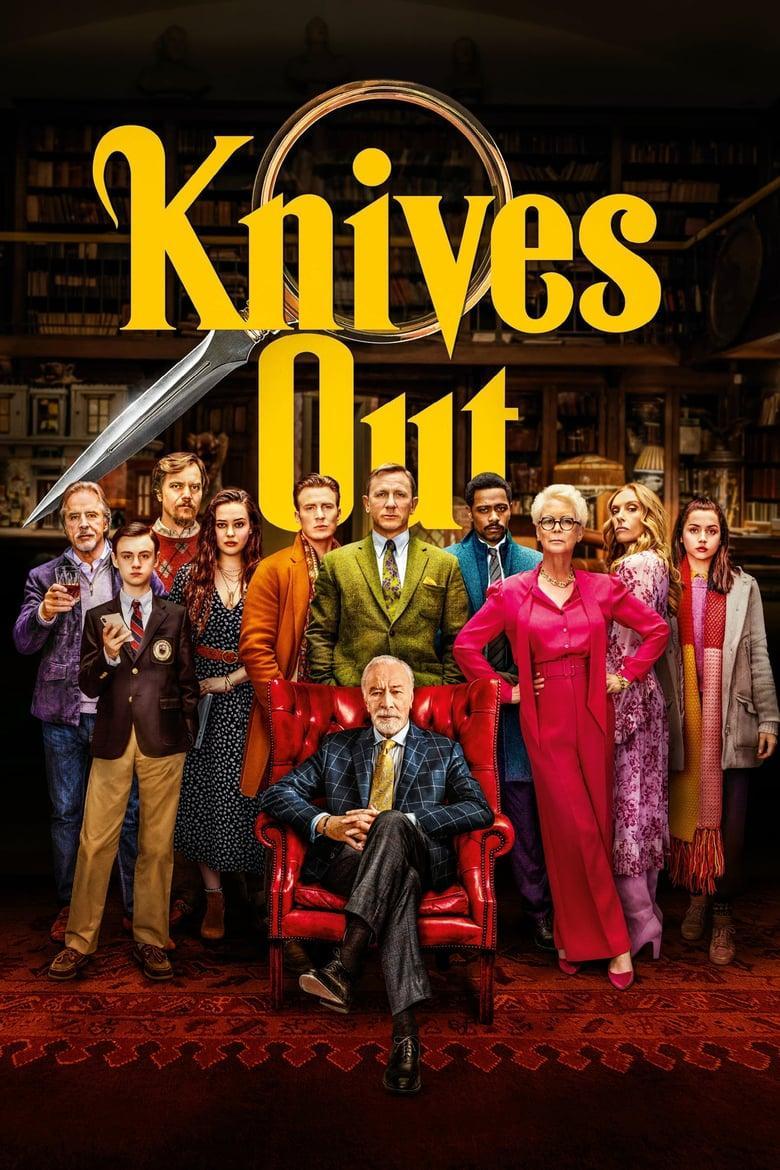 Following his detour into the Star Wars universe, writer/director Rian Johnson (Brick, Looper) returns with a new original film that is his take on the typical “whodunnit” murder mysteries from the likes of Agatha Christie. Knives Out opens with the discovery of the dead body Harlan Thrombey, who apparently slit his own throat. Despite appearing to be a cut and dry case of suicide, an unknown member of the family calls in famed southern private detective Benoit Blanc to investigate the possibility of foul play. Piecing together the events of the night Harlan died, Benoit tries to fill the holes in the story and figure out what really happened to this famous mystery writer.

Rian Johnson makes a very big narrative risk partway through Knives Out, utilizing flashbacks that all but answers the “whodunnit” question before Benoit Blanc even properly starts his investigation. However, because the flashbacks result in the audience knowing more than the protagonist, part of the fun of watching Knives Out is seeing how Benoit Blanc catches up with all the facts of the case. Also, the film plays heavily with viewer expectations and features some very clever twists and turns, leading to the final big reveal.

Typical of whodunnit stories, Knives Out features a very impressive ensemble cast that includes Daniel Craig, Chris Evans, Ana de Armas, Jamie Lee Curtis, Michael Shannon, Don Johnson, and Toni Collette among others. Each of the members of Harlan Thrombey’s family is revealed to having a possible motive for getting rid of the patriarch and the family as a whole is revealed to be a rather despicable bunch. In fact, probably the only truly good person in the household Marta Cabrera, who has a habit of vomiting whenever she tells a line. In fact, her performance as Marta can be seen as a possible breakthrough role of Cuban actress Ana de Armas (Blade Runner 2049).

Overall, I will just conclude that Knives Out is a very enjoyable murder mystery that left me with a huge smile on my face.

Knives Out is Now Available