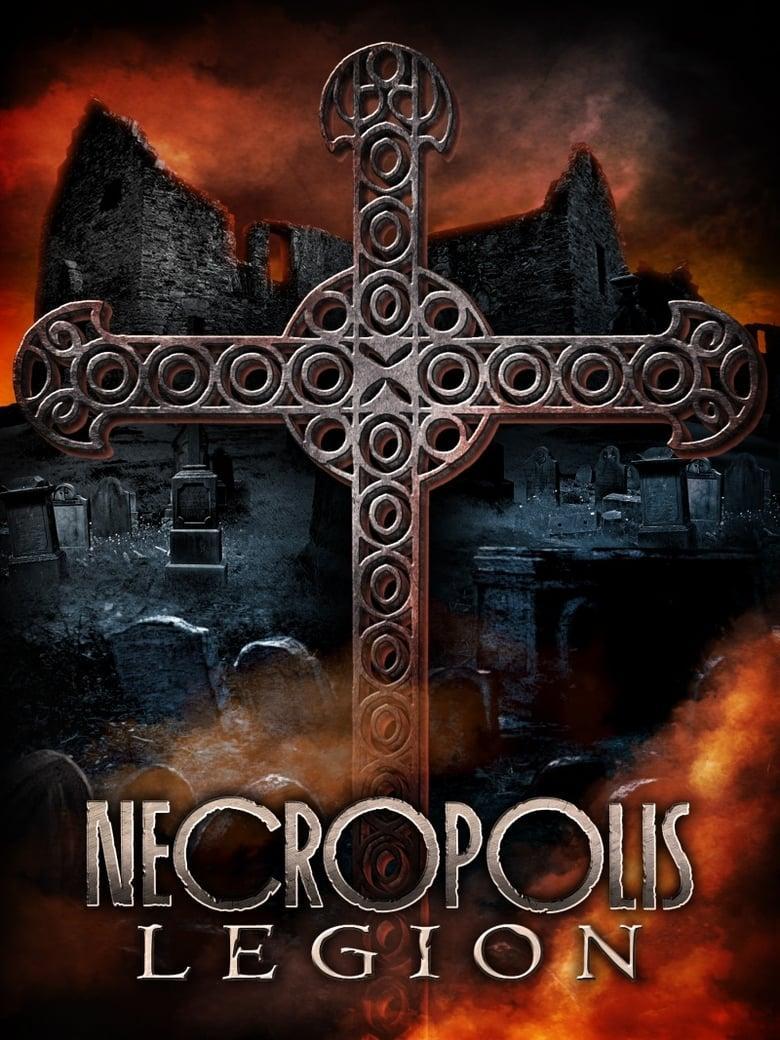 An occult writer awakens an evil vampiric sorceress in Necropolis: Legion. While in the middle of performing a very sexually charged Satanic ritual, the vampire sorceress Eva (Ali Chappell) is murdered by her reverend husband Maynard Gandy (Joseph Lopez) and sent to the netherworld. Many years later, occult writer Lisa (Augie Duke) travels to Maynard Gandy’s abandoned farmhouse as research for her next book. Ignoring the warnings of the local mystic Zia (Lynn Lowry), Lisa’s presence might result in the return of Eva to this world.

Necropolis: Legion is a film directed by Chris Alexander (Queen of Blood) as part of Charle’s Band’s Deadly Ten series for Full Moon Features. The film is described as a reimagining of the 1986 exploitation classic Necropolis and introduces us to the vampire sorceress Eva, whose most notable feature is the fanged and fork-tongued mouths on her breasts, which she uses as part of her Satanic rituals. Following the opening prologue, where Eva is dispatched of mid-ritual by her husband Maynard Gandy, the plot fast forwards to modern times, where Occult writer Lisa is signing her latest book. Lisa is approached by the seemingly crazed local Zia, who warns her to leave if she wants to keep her soul intact. Not heeding the warning, Lisa travels to the abandoned farmhouse of Maynard Gandy and begins to feel the presence of Eva around her.

Necropolis: Legion is a very low-budget B-movie horror film that isn’t really trying to be much more than just that. While I’m not all that familiar with 1986’s Necropolis, from what I’ve seen about it, it seems that Chris Alexander just took the most basic plot elements of that story and used them to construct this mostly-original film set primarily in the single location of the farmhouse.

I do have to give some praise to the style of Necropolis: Legion, as well as the special make-up effects by Carlos Henriques and The Butcher Shop, particularly the prosthetic fanged breasts that are one of the main visual centrepieces of the film. That said, the film is admittedly light on substance, to the point where Necropolis: Legion runs just over an hour long. While she does have a commanding screen presence for her key moments in the opening and climax, Ali Chappell’s Eva is almost an absentee antagonist, appearing primarily in quick flashes via a number of fever-dream sequences. In fact, the bulk of the film focuses primarily on Augie Duke’s Lisa alone in the farmhouse, as she increasingly gets affected by Eva’s presence. Then, of course, is the featured appearance by scream queen Lynn Lowry (The Crazies, Shivers), who plays the typical character who knows the truth of what’s happening.