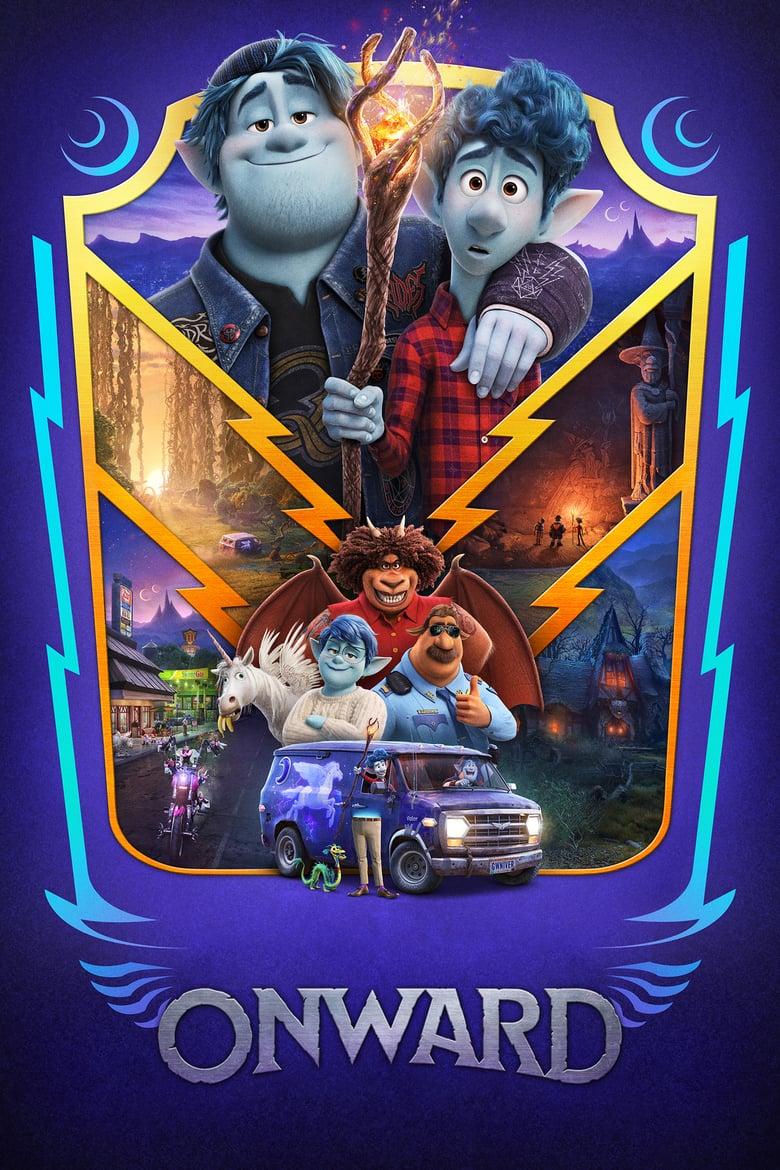 Two Elvish brothers go on a quest to complete a spell that will bring back their father in Onward. Over the generations, fantastic creatures have forgotten about magic in exchange for the conveniences of the modern world. On his 16th birthday, Ian Lightfoot (Tom Holland) and his older brother Barley (Chris Pratt) receive a gift from their mother Laurel (Julia Louis-Dreyfus), which belonged to the brother’s late father. The gift turns out to be a wizard’s staff, accompanied by a spell that’ll bring back their father for a single day. Ian discovers that he has the ability to cast the spell, but the required Phoenix gem shatters before the spell can be completed, leaving their resurrected father as just a pair of legs. With 24 hours until their father vanishes forever, Ian and Barley head out on a quest for a new Pheonix gem in order to complete the spell, using a map they have acquired from The Manticore (Octavia Spencer).

Onward is the latest animated adventure from Disney and Pixar, which takes place in a world full of fantastical creatures, such as Elves, Centaurs, and Sprites, who have forgotten their magical abilities in favour of modern conveniences such as electricity. However, some such as Barley have refused to forget about the past and yerns to go on a real quest. His chance comes when Barley’s younger brother Ian messes up a spell to bring back their father and the two have to go on an adventure to locate a Pheonix gem to finish the spell. Along the way, Barley teaches Ian how to perform magic, with the help of a role-playing game rulebook, and the two brothers bond over the course of their journey.

The story on Onward was inspired by the memories of writer/director Dan Scanlon (Monsters University) about his father and brother. Despite focusing on fantastical creatures in a modern world, the film is ultimately one about familial bonding, as Ian yearns to know the father he never met and learn to better understand his older brother Barley. The two seek to complete their quest to final a Pheonix gem, all while staying one step ahead of their mother’s police officer boyfriend Colt Bronco (Mel Rodriguez). Meanwhile, their mother Laurel and The Manticore race to warn the brothers about a curse that will be unleashed if they disturb the Phoenix gem.

While I wouldn’t necessarily put Onward in the upper echelon of the Disney/Pixar filmography, I still thought that it was a cute film with some entertaining moments. While Tom Holland is playing it relatively straight as nerdy teen elf Ian, Chris Pratt hams it up big time as the adventure-obsessed Barley, who also always goes everywhere in his beat-up van Genevieve. While Onward could have done more to develop its “fantastical creatures in the modern world” concept, it is ultimately a satisfying watch.