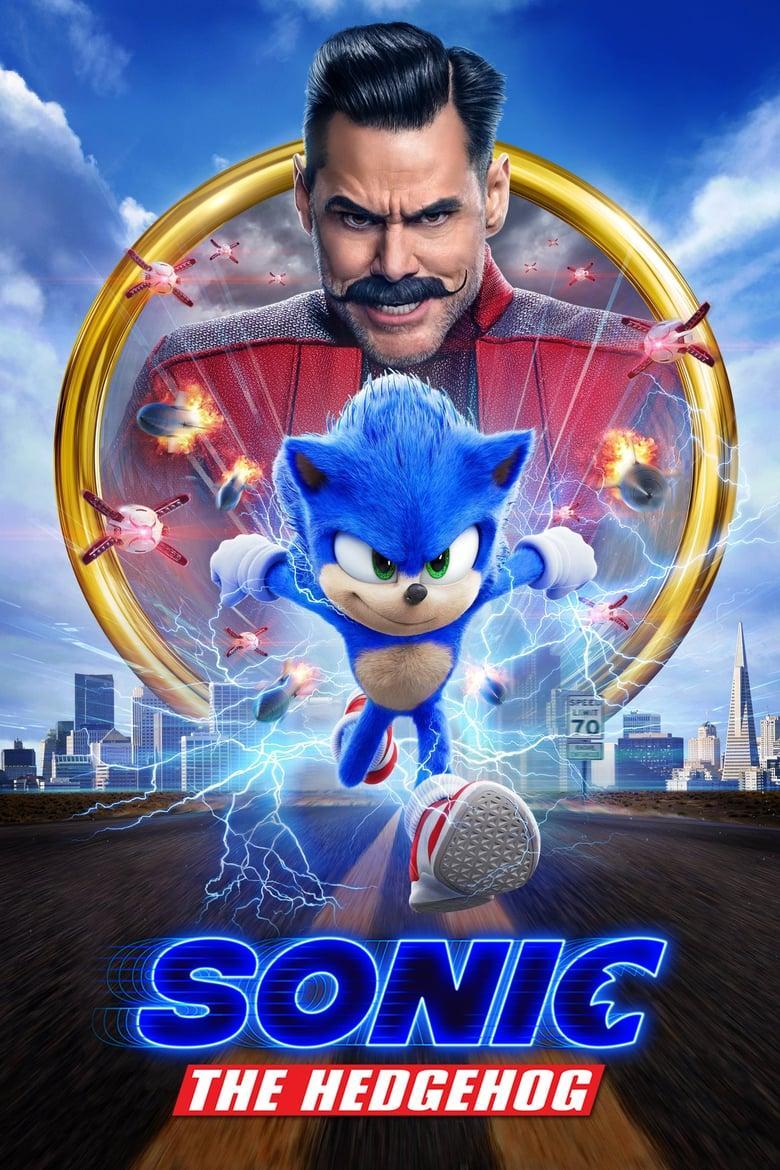 The Sega mascot heads to the big screen with Sonic the Hedgehog. Sonic (Ben Schwartz) is a blue alien hedgehog, who is forced to leave his home planet since his superhuman ability to run at supersonic speeds makes him the target of those who want to take his power. Sonic has spent the last decade hiding out on Earth in the small town of Green Hills, where he frequently observes the activities on the town sheriff Tom Wachowski (James Marsden) and his wife Maddie (Tika Sumpter). One night while lamenting his lonely existence, Sonic accidentally unleashes a large burst of power that knocks out the power for the entire town. This attracts the attention of crazed government scientist Dr. Robotnik (Jim Carrey), who plans to use his army of drones to capture Sonic and harness his power for evil.

Nearly three decades after the character was first introduced in the 1991 game for the Sega Genesis, Sonic the Hedgehog finally heads to the big screen for a film adaptation directed by newcomer Jeff Fowler. In the universe of the film, Sonic is able to travel from planet to planet with the help of his bag of power rings. However, when Sonic is discovered (and tranquillized) by Tom, Sonic accidentally sends the bag to San Francisco. Tom is forced to join Sonic on a journey to recover the ring, while Dr. Robotnik and his henchman Agent Stone (Lee Majdoub) follow on their tail.

Given the generally poor track record of video game adaptations, dating way back to the big-screen adaptation of Sonic the Hedgehog’s main rival Super Mario Brothers in 1993, it is easy to go into Sonic the Hedgehog and not really have high expectations. However, I am surprised to say that it is a surprisingly fun film, due in no small part of Jim Carrey channelling into his 1990s wackiness for his largely improvised performance as the villain Dr. Robotnik. The film also sports a quite solid voice performance by Ben Schwartz (Parks and Recreation) as Sonic, with James Marsden also doing a solid job acting against a CGI blue hedgehog for the bulk of the film.

While there has yet to be a perfect adaptation of a video game, Sonic the Hedgehog does a relatively good job of taking elements from the bigs and bringing them into the real world. It is also a huge relief that they never committed to the original more human-looking Sonic design since that would have been just messed up to watch in a kids film. Overall, Sonic the Hedgehog is a film worth checking out, especially if you are a fan of the games.

Sonic the Hedgehog is Now Available