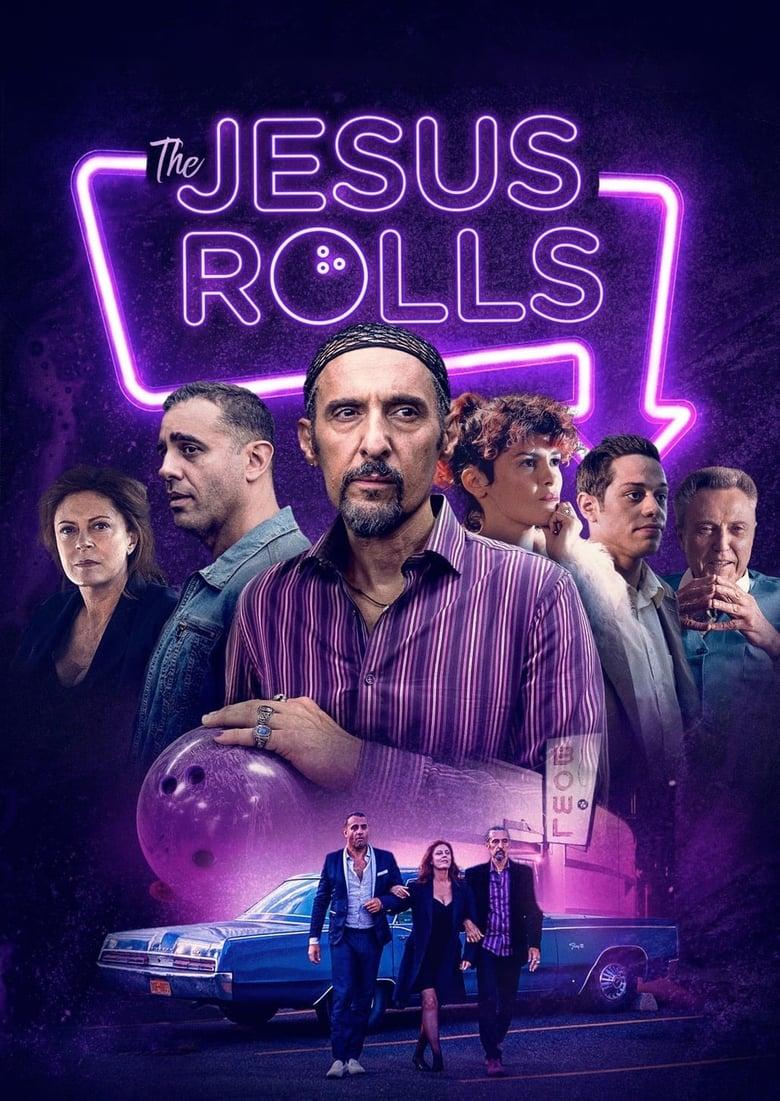 John Turturro writes and directs a new adventure for his character from The Big Lebowski in The Jesus Rolls. Jesus Quintana (Turturro) is released from a stint in prison and greeted by his good friend Petey (Bobby Cannavale). It isn’t long until Jesus decides to steal a sports car owned by hotheaded hairdresser Paul Dominique (Jon Hamm), who happens to have Jesus’ old frame Marie (Audrey Tautou) in his employ. Jesus, Petey, and Marie end up going on the run together and end up in a number of misadventures, including an encounter with fellow released prisoner Jean (Susan Sarandon) and her son Jack (Pete Davidson).

This is going to get complicated. John Turturro received permission from Joel and Ethan Coen to make a new film starring the character Jesus Quintana, who has a memorable supporting role in the Coen’s 1998 cult hit comedy The Big Lebowski. However, instead of being a proper spin-off of The Big Lebowski, Turturro instead set out to make the plot of The Jesus Rolls a remake of the 1974 French film Les Valseuses, aka Going Places, written and directed by Bertrand Blier and starring Miou-Miou, Gérard Depardieu and Patrick Dewaere. What we get is a mishmash of crime comedy, Turturro spouting off is memorable lines from The Big Lebowski, and cameos from the likes of Christopher Walken, Tim Blake Nelson, and Susan Sarandon.

I am just going to say that if The Jesus Rolls didn’t include the character of Jesus Quintana and was just a straight-up remake of Les Valseuses, I might have ended up having a much more forgiving view on the film. However, The Jesus Rolls is instead John Turturro blatantly exploiting a character he played in a film with a huge cult following, in order to get what is clearly a passion project off the ground. As depicted in this film, Jesus Quintana is almost a parody of his two-scene appearance in The Big Lebowski and Turturro also felt the need to retcon the fact that Jesus is supposed to be a convicted sex offender. Turturro is primarily joined by Bobby Cannavale as Petey, who is a sidekick who ends up getting little to no character development.

Arguably the best element of The Jesus Rolls is a memorable performance by French actress Audrey Tautou, who hasn’t really been seen much in North America following her breakthrough role in 2001’s Amélie and subsequent English-language roles in 2002’s Dirty Pretty Things and 2006’s The DaVinci Code. While Tautou’s very sexually promiscuous character of Marie is in the film as little more than eye candy, she still plays the role is much exuberance. Marie briefly leaves the film in the second half as Jesus and Petey begin a subplot where they try to seduce Susan Sarandon’s Jean, as she is released from prison. Also, while it might have with the story’s French origins, I cannot tell if it’s progressive or exploitative that both Audrey Tautou and Susan Sarandon end up having threesomes with John Turturro and Bobby Cannavale.

So, in conclusion, I will emphasize that The Jesus Rolls has NOTHING to do with The Big Lebowski and is instead a poor attempt by John Turturro to exploit the cult following of that film in order to present a thinly veiled remake of a nearly 50-year-old French film.

The Jesus Rolls is Now Available