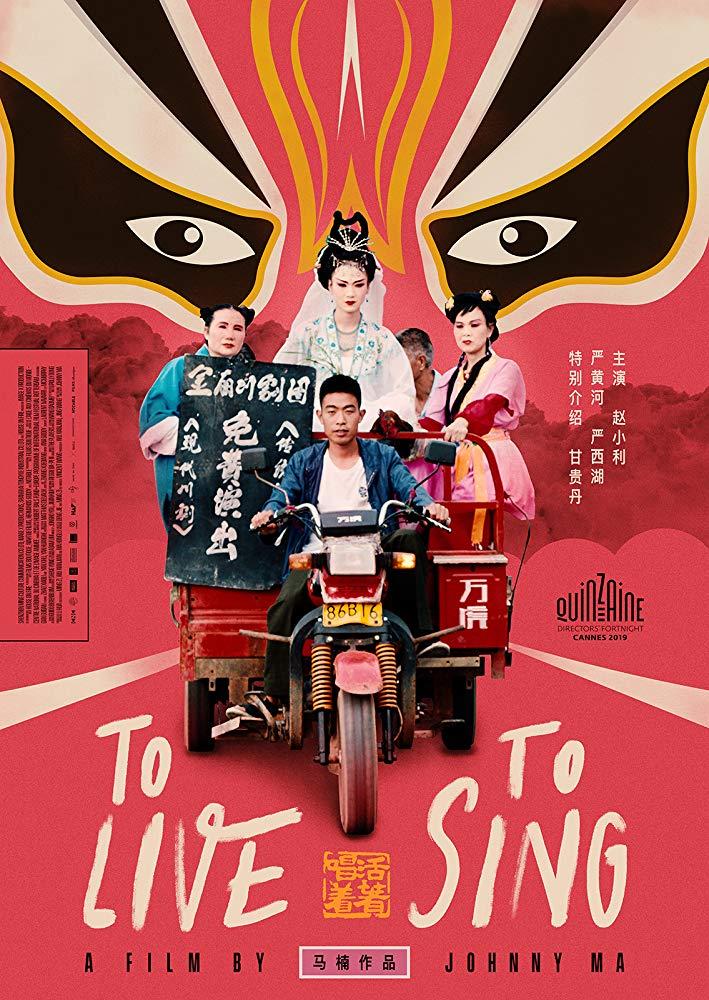 A traditional opera troupe faces the demolition of their theatre in To Love to Sing. Zhao Li (Xiaoli Zhao) is the manager of a small Sichuan Opera troupe operating at a small theatre in a rural village on the outskirts of Chengdu, China, of which Zhao Li’s young niece Dan Dan (Guidan Gan) is the star attraction. However, the opera has been having trouble attracting audience members and Zhao Li receives a notice that the theatre is slated for demolition in ten days. This results in Zhao Li to make a desperate attempt to save both the theatre and the opera troupe.

To Live to Sing is a film from award-winning Chinese-Canadian filmmaker Johnny Ma (Old Stone) about a group of people trying to keep the tradition of Sichuan Opera alive in modern China. The film stars members of a real-life Sichuan Opera troupe, who are essentially playing fictionized versions of themselves. Zhao Li’s fight to save her theatre is accented by a number of fantastical sequences, where the characters of Sichuan Opera come to life in our world.

It can be said that To Live to Sing is a film about how difficult it is to maintain traditions in the modern world. The traditions of Sichuan Opera date back to the 1700s, however, it has been difficult for this artform to attract younger audiences, with the cliental often consisting of older patrons and tourists. This generational divide is demonstrated in the film through the relationship between Zhao Li and her 20-year-old niece Dan Dan, with the latter considering leaving the opera and moving on to a more lucrative singing career. The film builds to a last-ditch effort by Zhao Li to save the theatre, by putting on a special performance for the local cultural chief.

In addition to the film’s depictions of Sichuan Opera performances, To Live to Sing features a slight fantastical element, particularly through a sequence late in the film that makes it appear that Zhao Li has travelled back in time and is actually living out the opera. The film also concludes with a full-on musical sequence that makes me curious about how the film would’ve been as a full-on musical.

Ultimately, I would say that the biggest takeaway from To Live to Sing is that the arts and culture are things worth keeping alive, even as the world moves away from them.

To Live to Sing is Available to Rent or Purchase