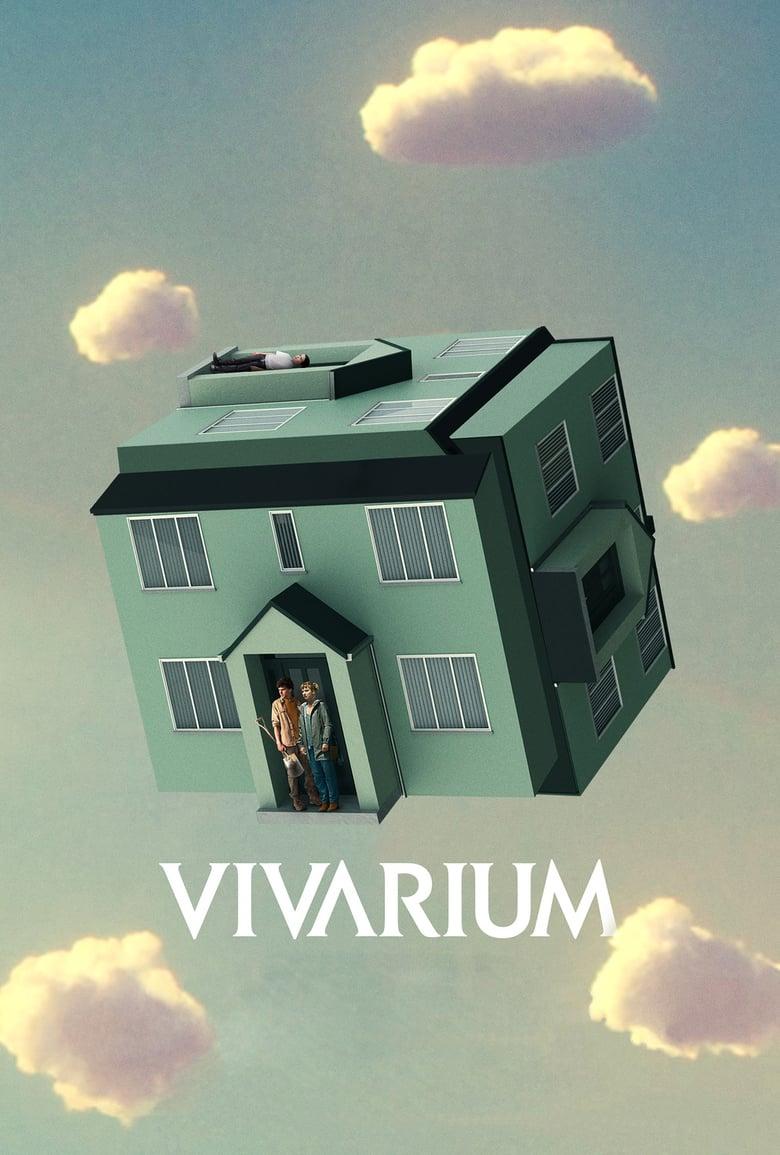 A couple finds themselves trapped in a suburban neighbourhood in Vivarium. Gemma (Imogen Poots) and Tom (Jesse Eisenberg) are a young couple looking to buy a home. They come across an odd realtor named Martin (Jonathan Aris), who convinces the couple to take a good at a house in a new housing development called Yonder, consisting of rows of identical green coloured houses. However, Gemma and Tom soon find out that they are unable to leave the neighbourhood and to further complicate the situation, they are left a rapidly ageing child to take care of.

Vivarium is a science fiction story by director Lorcan Finnegan. With a plot that seems straight out of The Twilight Zone, Gemma and Tom find themselves trapped in a suburban hell and having to care for an increasingly creepy boy. Slowly, the situation causes Gemma and Tom to grow apart, with the latter becoming obsessed with digging a gigantic hole in the front yard.

It is fairly obvious that one of Lorcan Finnegan’s goals with Vivarium was to literalize the hells of suburban living. However, while this story would make for a great episode of The Twilight Zone or more recently Black Mirror, the plot seems a bit stretched out for a feature. In fact, I would argue that Vivarium peaks somewhat in the first act when they are being shown the house by the very odd and creepy Martin. Both Imogen Poots and Jesse Eisenberg don’t really have much to do, other than become increasingly frustrated and worn out by their situation. If anything, Vivarium allows us to see a different side of Jesse Eisenberg, whose character of Tom is pretty much the opposite of the neurotic characters Eisenberg usually plays. The plot of Vivarium is structured so you end up sympathizing a bit more with Imogen Poots’ Gemma, who ends up becoming somewhat motherly to the strange and rapidly ageing child she has to take care other, while Tom becomes obsessed with digging a gigantic hole in the front yard, hoping to find an escape from this suburban hell.

It would be a bit of a spoiler to say what the true nature of neighbourhood is, but it is probably safe to say that it isn’t really from this world. While the film does have some interesting ideas and concepts, I ultimately will say that Vivarium is a suburban science fiction tale that I wish was executed differently.