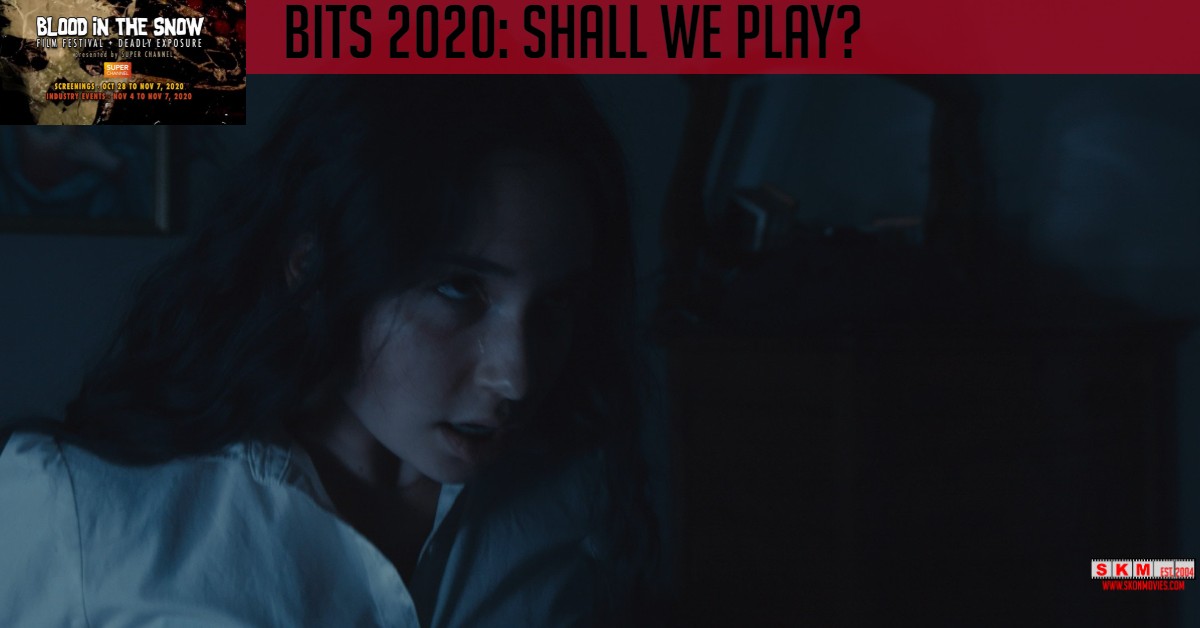 Trigger Warning: This review comments on a scene of sexual abuse in this film, which will also include some SPOILERS

A troubled teenage girl communicates with the dead using an app on her phone in Shall We Play?. Stacy (Matreya Scarrwener) is a troubled teenager plagued by repeated nightmares, with her Grandma Betty (Dolores Drake) offering more caring support that Stacy’s overbearing mother Margie (Gwenda Lorenzetti). During a get-together with her friends Emma (Michelle Creber) and Jess (Jessica McLeod), Stacy finds a mysterious letter and a photo of the girls that appear in her dreams and she decides to use a mysterious app called “Shall We Play?” to communicate with their spirits. However, these spirits soon make it apparent that they want Stacy to join them in their game.

Shall We Play? is the feature film debut from director and co-writer Ann Forry and tells the story of troubled teen Stacy, who begins using a Quija-styled app to communicate with the spirits of two girls named Abigail (Jubilee Challenger) and Moira (Shay Thorsen), who has seemingly begun haunting Stacy. In addition to her repeated nightmares, Stacy ends up experiences major trauma when a date with her crush Matt (Blake Williams) ends in sexual abuse, with Abigail and Moira offering their help to get revenge on him.

I went into Shall We Play? knowing next to no specifics about the plot, so I was understandably quite bothered that a major plot element of the film involving the protagonist Stacy being a victim of date rape and subsequent victim-blaming by her “friend” Jess. While I’m sure director Ann Forry and co-writer Emma Raine Walker did this to provide some social commentary, this element of the film ends up really needlessly overshadowing the plot of Shall We Play? which never fully recovers.

Shall We Play? aired as part of the 2020 Blood in the Snow Film Festival on SuperChannel Fuse

2.0/5
Blood in the Snow on SuperChannel