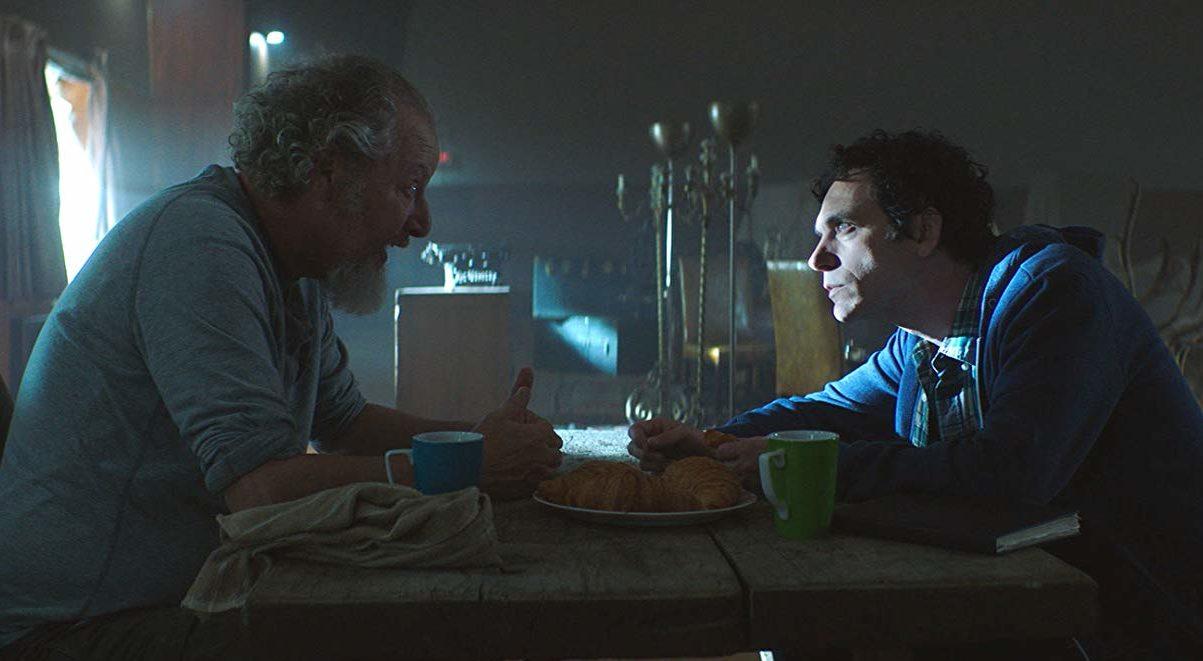 7.5
James vs. His Future Self (2019) 1h 34min | Comedy, Sci-Fi | 17 September 2019 (Canada)
Director: Jeremy LaLondeWriters: Jonas Chernick, Jeremy LaLondeStars: Jonas Chernick, Daniel Stern, Cleopatra Coleman
Summary: When an uptight time-travelling obsessed young scientist is visited by his nihilistic future self, he's told that he needs to give up his dream of becoming the world's first time traveler, ... See full summary »
Countries: CanadaLanguages: English
Source: imdb.comDisclaimer: This plugin has been coded to automatically quote data from imdb.com. Not available for any other purpose. All showing data have a link to imdb.com. The user is responsible for any other use or change codes.

James vs. His Future Self is a film that greatly benefits from the stunt-casting of Daniel Stern as the crotchety future self of Jonas Chernick’s James. Best known as Marv from the Home Alone films, Stern gives the right mix of concern and psychopathic behaviour, in his efforts to save James’ life. Admittedly, James himself is a relatively self-centred character for most of the film, who ignores the good things he has in the present, particularly in regards to his relationship with Courtney. However, by the end, James vs. His Future Self turns out to be a quite heartfelt journey of self-discovery.