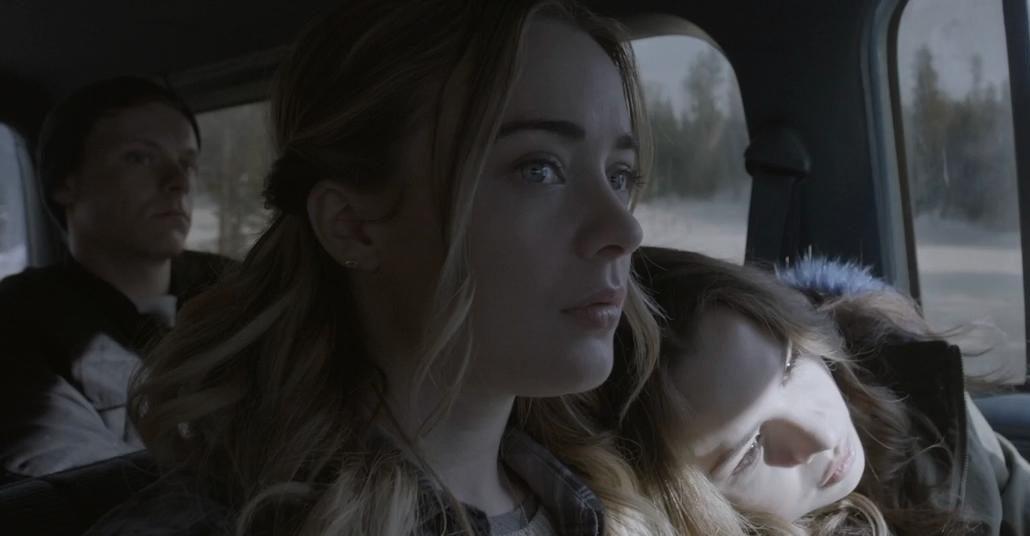 4.2
Witches in the Woods (2019) 1h 30min | Horror, Mystery, Thriller | 25 August 2019 (Brazil)
Director: Jordan BarkerWriters: Christopher BorrelliStars: Hannah Kasulka, Alexander De Jordy, Craig Arnold
Summary: Jill, a tenacious UMass freshman, abandons her studies for an off-the-grid snowboarding trip. When their SUV mysteriously becomes lost, temperatures fall and the group dynamic unravels as a virtual and then literal witch hunt begins.
Countries: CanadaLanguages: English
Source: imdb.comDisclaimer: This plugin has been coded to automatically quote data from imdb.com. Not available for any other purpose. All showing data have a link to imdb.com. The user is responsible for any other use or change codes.

A group of friends get lost in the wilderness and find themselves tormented by a supernatural force in Witches in the Woods. Derek (Craig Arnold), Jill (Hannah Kasulka), Phillip (Corbin Bleu), Tod (Kyle Mac), Mattie (Alexander De Jordy), Bree (Humberly González), and Alison (Sasha Clements) are a group of friends heading out on a ski trip. The group enter into Stoughton Valley, which is known for a series of witch trials more infamous than Salem. After taking a wrong turn, the group finds themselves stranded in the woods and hunted by a sinister presence.

Witches in the Woods is a supernatural horror film from director Jordon Baker and writer Christopher Borrelli. Early on, we learn that Alison has been traumatized by a recent sexual assault and is an outcast to everyone except her best friend Jill, who also has to tell her boyfriend Derek that she is going to leave him to be with Phillip. After following bad directions by Tod, the group finds themselves trapped in a snowbank in supposedly haunted woods. As night falls, the friends begin to turn against each other and specifically target Alison, who they believe has become possessed by a supernatural force.

Witches in the Woods is a film that spoils any creepiness it has with a cast of incredibly unlikeable and cliched characters. The film is also incredibly problematic in how it turns the sexual abuse trauma of Alison into a plot device, especially as the film vilifies her by showing her possessed and seeking revenge against her horrible friends. As such, Witches in the Woods is less Blair Witch Project and more I Spit on Your Grave and adding the fact that the film is written and directed by males, I can’t condone the direction it goes.