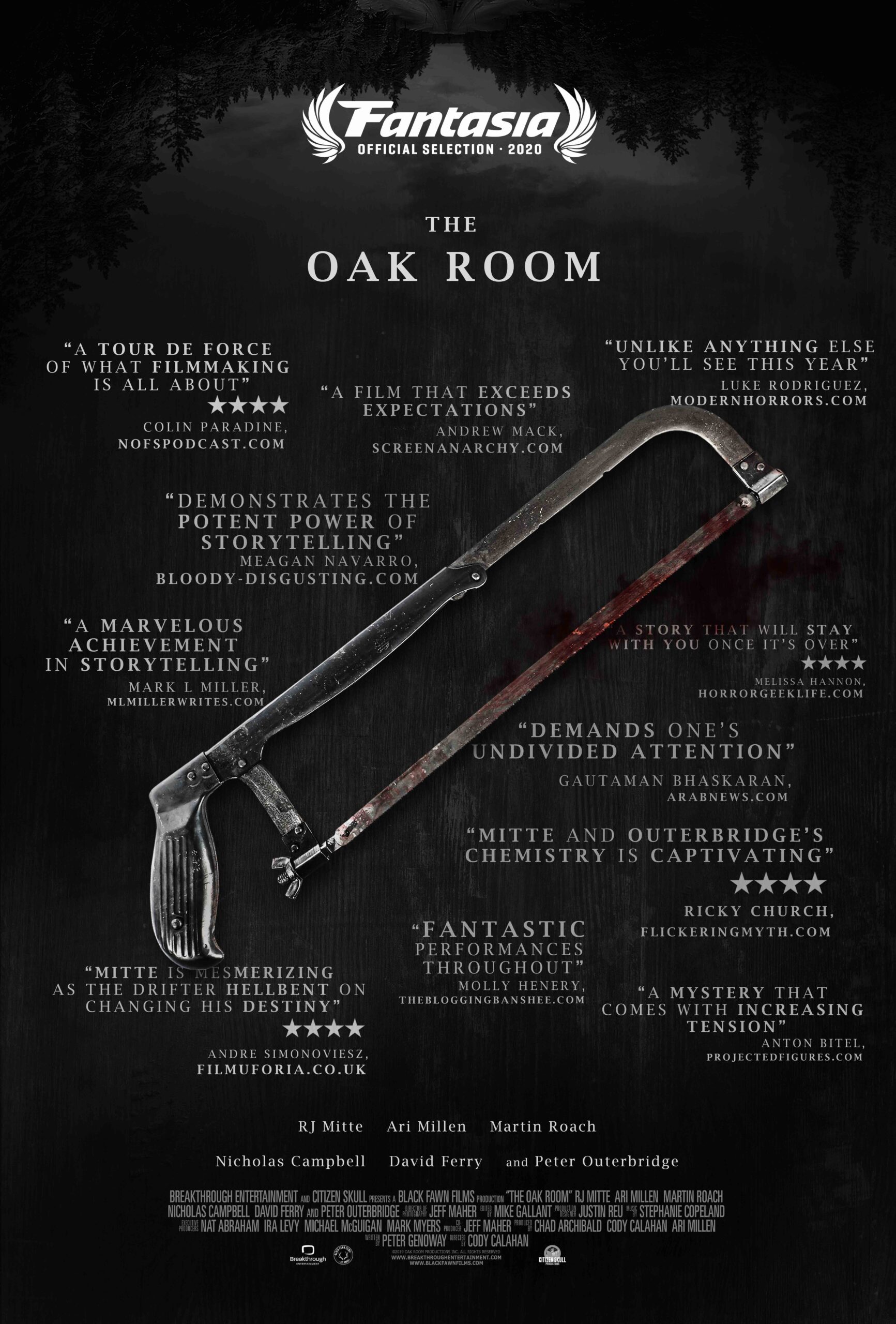 The Oak Room is the latest film from Cody Calahan (Antisocial) and the team at Black Fawn Films. The film is an adaptation of the one-act play by Peter Genoway, who also wrote the screenplay for the film. A departure from the horror films Black Fawn is known for, The Oak Room is neo-noir tale consisting of different stories layered upon each other, with an impressive cast that includes RJ Mitte (Breaking Bad), Ari Millen (Orphan Black), Nicholas Campbell (DaVinci’s Inquest) and Peter Outerbridge (Saw VI).

The most simplistic way to describe The Oak Room is that it is a noir thriller about people telling stories about people telling stories. While the initial set-up is quite engrossing, the layered narrative does take some getting used to, since it is not immediately apparent how these stories relate to each other. However, The Oak Room does ultimately come together in its ambiguous final moments that is sure to leave people talking.