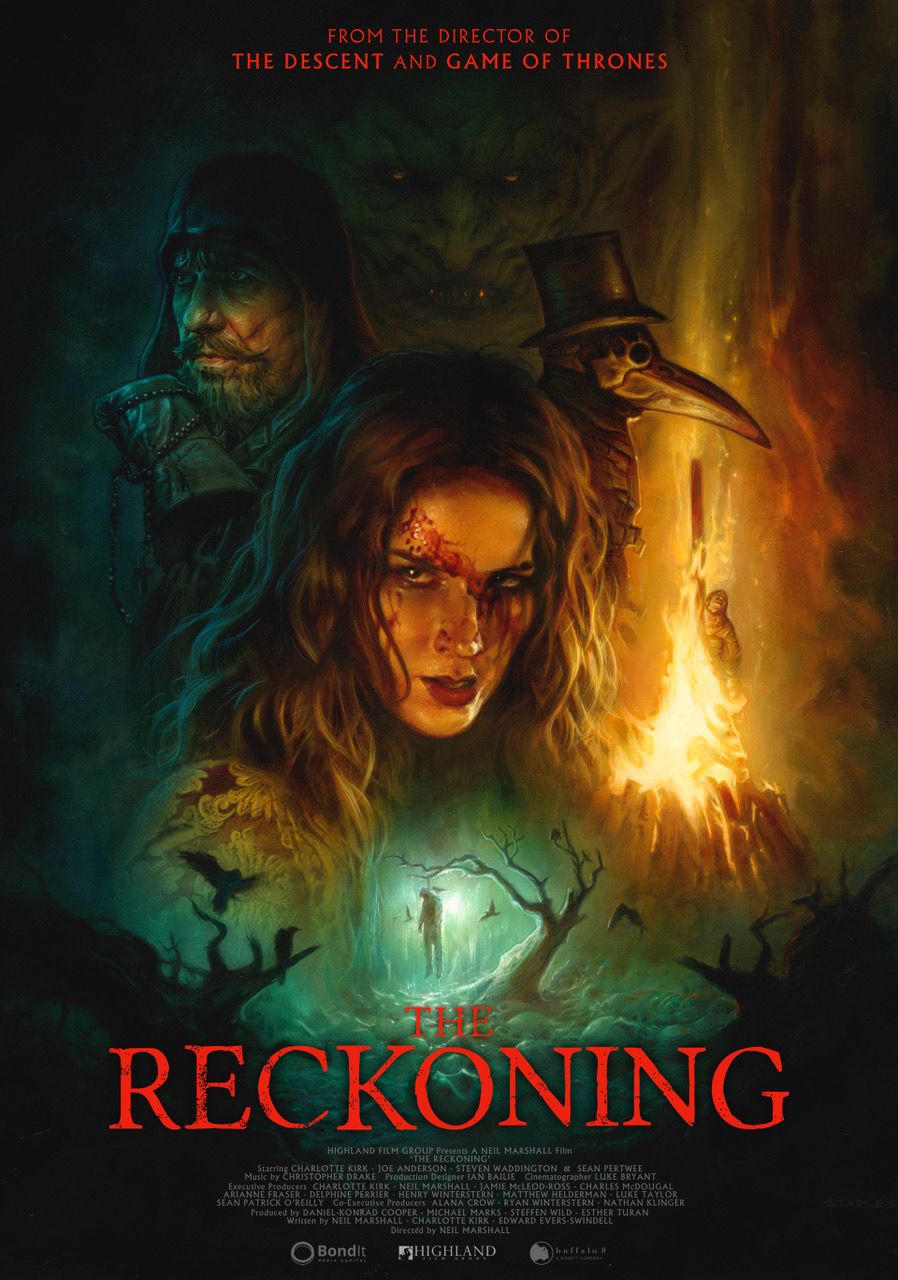 A newly widowed woman in a plague-ridden 17th century English village finds herself accused of witchcraft in The Reckoning. Grace Haverstock (Charlotte Kirk) is a woman in 1665 England, who is mourning the death of her husband Joseph (Joe Anderson), who has hung himself after contracting the great plague, leaving Grace alone with her infant daughter. After refusing to perform sexual favours for her landlord Squire Pendleton (Steven Waddington), he in turn accuses Grace of witchcraft. Arrested, Grace ends up being tortured by the infamous witch hunter Judge John Moorcroft (Sean Pertwee) until she confesses to the accusations.

The Reckoning is the latest film by director Neil Marshall (The Descent), taking place in medieval England during the year of the great plague. The suspicious folk of this plague-ridden English village believes witches to be the cause of their affliction and it isn’t long before they begin to suspect Grace of witchcraft. After being arrested, Grace is subject to horrific torture at the hands of Judge Moorcroft. However, Grace holds a seed of vengeance against Moorcroft for the death of her mother and begins plans to turn the tables on her captors.

It is quite apparent that Neil Marshall’s work on Game of Thrones influenced The Reckoning, especially since the film deals primarily with the real-life horrors of medieval witch hunts, despite the film’s inclusion of a number of nightmare sequences featuring The Devil. While The Reckoning is for the most part a well-made film, those expecting a film on par with Neil Marshall’s early work, such as Dog Soldiers or The Descent, are likely going to end up being disappointed.