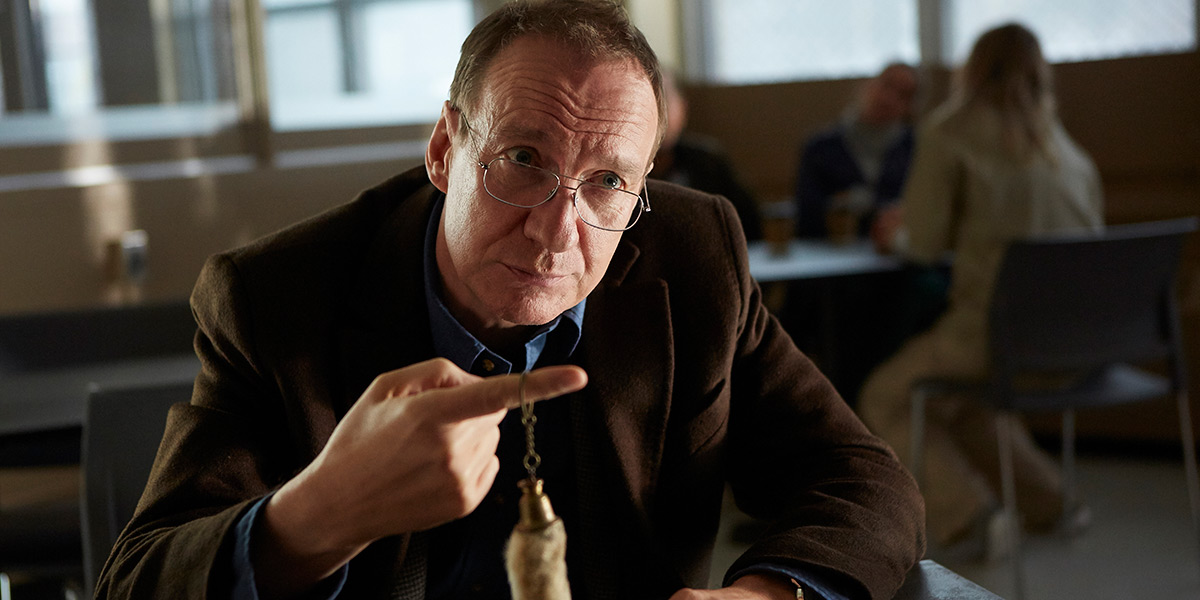 5.5
Guest of Honour (2019) 1h 45min | Drama | 2019 (USA)
Director: Atom EgoyanWriters: Atom EgoyanStars: Tennille Read, David Thewlis, Luke Wilson
Summary: Veronica wants to remain in jail for a sexual assault she knows she's been wrongfully indicted for. She and her father, Jim, find themselves acting out of the bounds of good behavior as the past haunts them.
Countries: CanadaLanguages: English
Source: imdb.comDisclaimer: This plugin has been coded to automatically quote data from imdb.com. Not available for any other purpose. All showing data have a link to imdb.com. The user is responsible for any other use or change codes.

A health inspector tries to help out his imprisoned daughter in Guest of Honour. Jim Davis (David Thewlis) is a Hamilton Health Inspector, whose estranged daughter Veronica (Laysla De Oliveira) has been imprisoned for a crime she did not commit. While Jim desperately wants to help Veronica get released, she refuses to accept any assistance from her father, stemming back to painful memories from her childhood.

Guest of Honour is the latest film from writer/director Atom Egoyan (The Sweet Hereafter), which stars acclaimed British actor David Thewlis (Naked) as a very dedicated health inspector in the city of Hamilton, who is currently concerned with his daughter’s imprisonment. Guest of Honour is framed as story Veronica is telling to Father Greg (Luke Wilson), during funeral arrangements for her father. The film also has a flashback, within the flashback, as the film shows the events that lead to Veronica’s imprisonment, which came as a result of spiteful bus driver Mike’s (Rossif Sutherland) obsession with Veronica’s interactions with her music student Clive (Alexandre Bourgeois).

Atom Egoyan is a filmmaker who deserves his place in the history of Canadian cinema, with early work that includes Exotica, The Sweet Hereafter, and Ararat. However, his output from the last decade has been very hit or miss and Guest of Honour has a very fragmented multi-layered narrative that borders on melodrama at times. However, the film is bolstered by an excellent lead performance by David Thewlis and Guest of Honour is at its best when he is given the spotlight to shine. Overall, I would give Guest of Honour a mild recommendation.

TIFF19 screenings of Guest of Honour