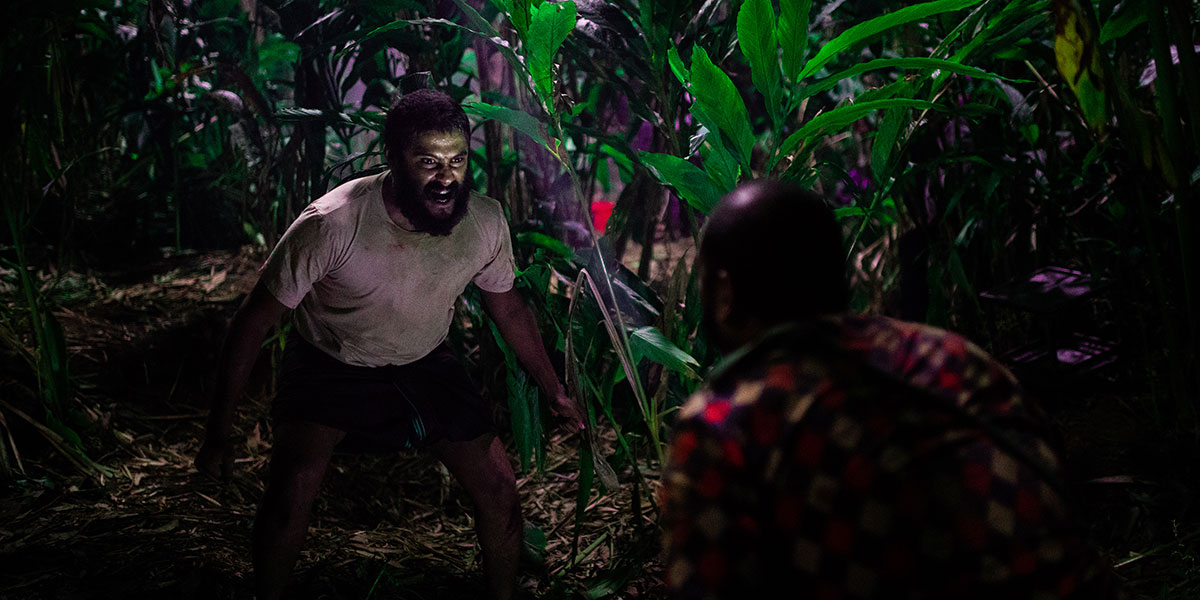 ?.?
Jallikattu (2019) Crime | 6 September 2019 (Canada)
Director: Lijo Jose PellisseryStars: Antony Varghese
Summary: A portrait of a remote village where a buffalo escapes and causes a frenzy of ecstatic violence.
Countries: IndiaLanguages: Malayalam
Source: imdb.comDisclaimer: This plugin has been coded to automatically quote data from imdb.com. Not available for any other purpose. All showing data have a link to imdb.com. The user is responsible for any other use or change codes.

The escape of a Buffalo results in a remote Indian village to devolve into chaos in Jallikattu. In a remote village in Kerala, India, a buffalo is being prepared for slaughter when it sudden breaks free and goes on a rampage. Over the course of an increasingly frenetic day, the members of the village devolve into a singular mob hellbent on stopping this buffalo’s reign of carnage.

The latest film from Malayalam director Lijo Jose Pellissery (Ee. Ma. Yau, Angamaly Diaries), Jallikattu is a very rhythmically edited action-thriller with a very intense percussion-heavy score. Admittedly, it is a bit difficult to find substance under all the film’s style, as the film bounces back and forth between at least a dozen characters, the most central of which being bone-scraper Antony (Antony Varghese) and his bitter rival Kuttachun (Sabumon Abdusamad), who compete to be the one to kill the rampaging buffalo.

Jallikattu takes its name from a brutal sport in India, where a bull is released into a crowd of people and is also based on a short story by S. Hareesh. The main theme seems to be how quickly society can devolve into its animalistic instincts, which is quite evident in the film’s climax. I can definitely say that Jallikattu is ultimately more of an experience than a narrative film and even though the story is difficult to follow at times, the absolute insanity of the film’s final minutes more than makes up for its shortcomings.