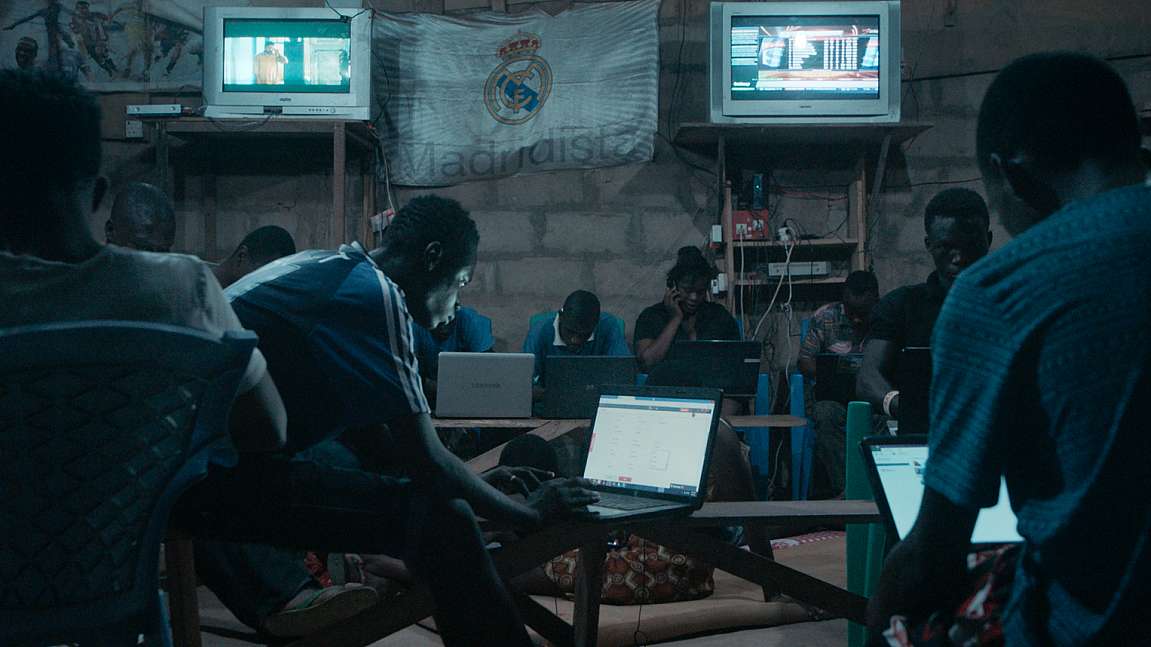 6.9
Sakawa (2018) 1h 21min | Documentary | 7 March 2019 (Netherlands)
Director: Ben AsamoahStars: Ama, One Dollar
Summary: A group of young Ghanaians turn to internet fraud to help them with a desperate situation.
Countries: Belgium, Netherlands
Source: imdb.comDisclaimer: This plugin has been coded to automatically quote data from imdb.com. Not available for any other purpose. All showing data have a link to imdb.com. The user is responsible for any other use or change codes.

Underemployed youth in Ghana try to make a living through online scams in Sakawa. In a Ghanaian slum, a group of youth, including siblings Ama and One Dollar, use salvaged computers to create fake online personas, which they use to try and scam lonely westerners out of their money.

Sakawa, named after the Ghanian term for online scams, is a film that is technically an observational documentary, though director Ben Asamoah seems to be trying to structure the film to have some sort of semi-fictionalized narrative. I have to admit that I found Sakawa to be quite slow-moving and dull, which would probably have made a better short than a feature. Other than the mildly humorous moments of phone calls with terrible female voices, there is not really all that much I took away from the film.