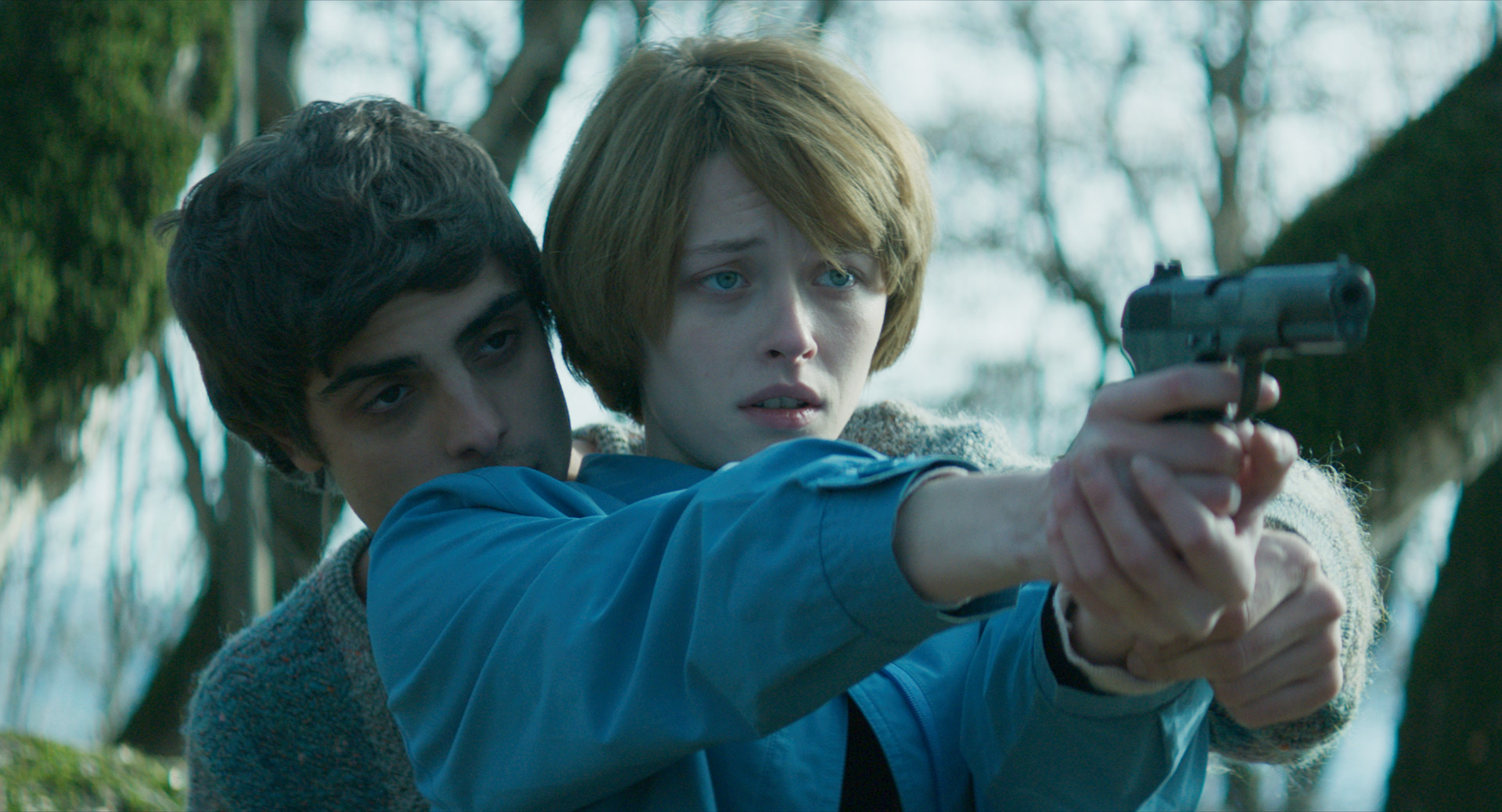 A pair of newlyweds are part of a plan to hijack a plane out of the USSR in Hostages. Nika ( Irakli Kvirikadze) and Anna ( Tinatin Dalakishvili) are a young Georgian couple, who are preparing for their upcoming nuptials. However, the two are also part of a plan, along with Sandro (Giorgi Grdzelidze), Koka (Giga Datiashvili), Lasho ( Giorgi Khurtsilava), Oto (Giorgi Tabidze), and Irakli ( Vakho Chachanidze), to hijack a local flight, in order to get into Turkey and freedom from their claustrophobic lives in a Soviet-ruled society. However, things quickly go awry with the plan.

Hostages is a drama based on the true story of seven Georgian youth, who tried to hijack a plane out of the Soviet Union in 1983. The main emotional crux of the story is the relationship between young lovers Nika and Anna, who quickly find themselves in over their head when the hijacking plan goes south, resulting in a lot of bloodshed. The film also tries to examine the reasons why these youth decided to take such extreme measures to leave the Soviet Union.

It is right from the very start of Hostages that you are given the knowledge that this hijacking plan doesn’t work out. As such, much of the plot of the film involves watching the execution of a plan that is destined to fail. Hostages also takes its time getting to the actual hijacking, which doesn’t happen until about three quarters through the film. Ultimately, I would have to say that Hostages somewhat slow and very heavy going Soviet thriller.