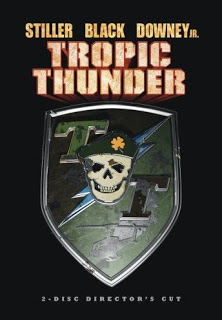 This week sees the release of Tropic Thunder (also on Blu-Ray). When it came out, I thought that is was my favourite comedy of the real so far (a fact that still stands).

Also coming out is Disney’s Wall-E (also on Blu-Ray). I thought that this film was not only a great animated film, but a great film in general.

Even thought it’s not my type of film, you can all get Sisterhood of the Travelling Pants 2 (also on Blu-Ray).

Some notable films being released on Blu-Ray this week include Heathers, Lucky Number Slevin, Southland Tales, Revolver, and Mirrormask.