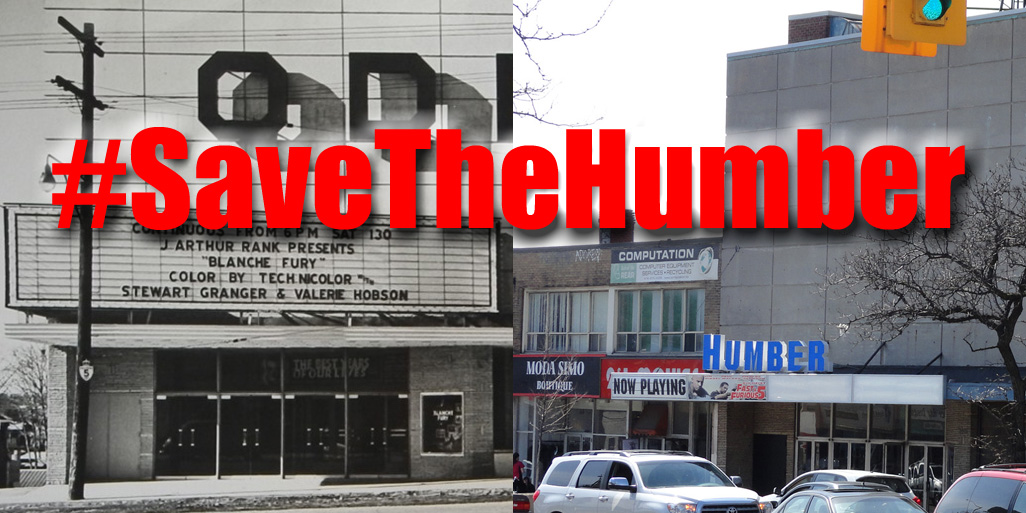 While I stated in last night’s community meeting recap that I am not really the activist type, I am also not going to sit back and allow a local cinema that I love to be destroyed by condo developers. As such, I have officially launched the #SaveTheHumber campaign, where I’m going to encourage film lovers everywhere to prevent an addition to Toronto’s vast cinema graveyard.

I have created an online petition for the campaign, the goal of which is to get the Humber Cinema declared a historical landmark, which will hopefully prevent it from being demolished as part of the condo development plans. With the condo application not yet submitted to the city, now is the best time to fight for the survival of this 67 year old cinema.

Spread the word and #SaveTheHumber!