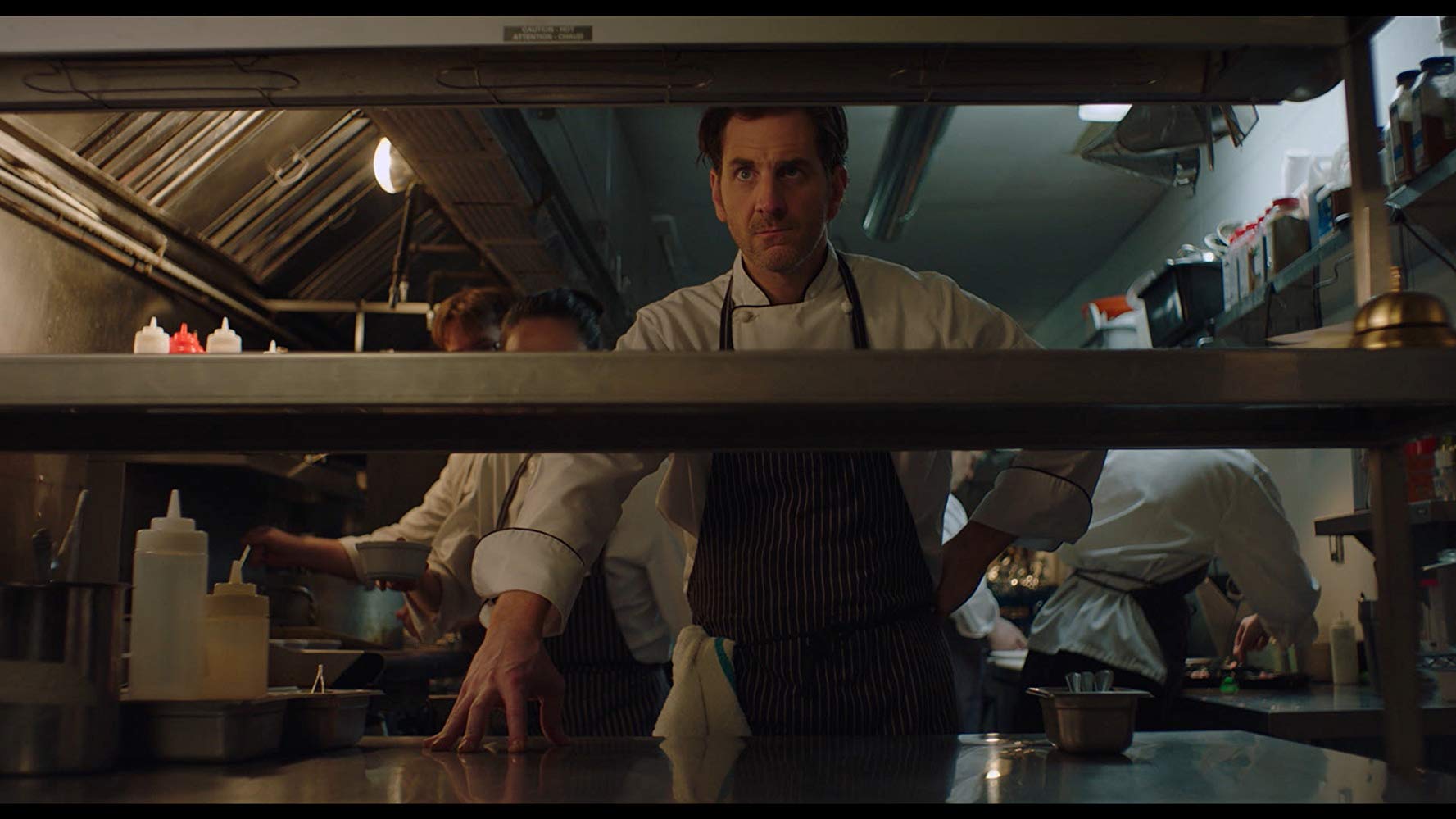 ?.?
Nose to Tail (2018) 1h 22min | Drama | 2 February 2019 (USA)
Director: Jesse ZigelsteinWriters: Jesse ZigelsteinStars: Aaron Abrams, Lara Jean Chorostecki, Salvatore Antonio
Summary: Nose to Tail stars Aaron Abrams (Hannibal, Blindspot) as a talented but abrasive chef struggling mightily with his personal demons and the relentless pressures of running a high-end ... See full summary »
Countries: CanadaLanguages: English
Source: imdb.comDisclaimer: This plugin has been coded to automatically quote data from imdb.com. Not available for any other purpose. All showing data have a link to imdb.com. The user is responsible for any other use or change codes.

The head chef of a high end restaurant tries to hold it together during a very stressful day and night in Nose to Tail. Daniel (Aaron Abrams) is a talented, yet abrasive, chef at a Toronto restaurant, the future of which relies greatly on impressing an important diner coming that evening. Daniel takes out much of his stress and frustration out on his front of house employee Chloe (Lara Jean Chorostecki), whose patience with Daniel is beginning to wear a little thin.

In Nose to Tail, Aaron Abrams (The Go-Getters) stars, alongside his former Hannibal co-star Lara Jean Chorostecki, as an incredibly stressed out chef, who is trying to save his restaurant from bankruptcy. With a prospective investor on his way to dine at the restaurant, Daniel wants to make sure the day is perfect. However, the day goes from bad to worse as Daniel has to deal with rent demands from his landlord, employees leaving, negative blog reviews, and competition from a food truck across the street.

Nose to Tail is a dark comedy that sees character actor Aaron Abrams do what he does best, which is play a complete jerk, who cares only about himself. While the film does allow you to feel some sympathy for Daniel, the film is ultimately his self-destruction and finding himself deeper in a hole that he has dug for himself. This contrasts with Lara Jean Chorostecki’s performance as Daniel’s employee and sometimes lover Chloe, who tries her best to help out Daniel, even though his abrasive nature is slowly pushing her away.