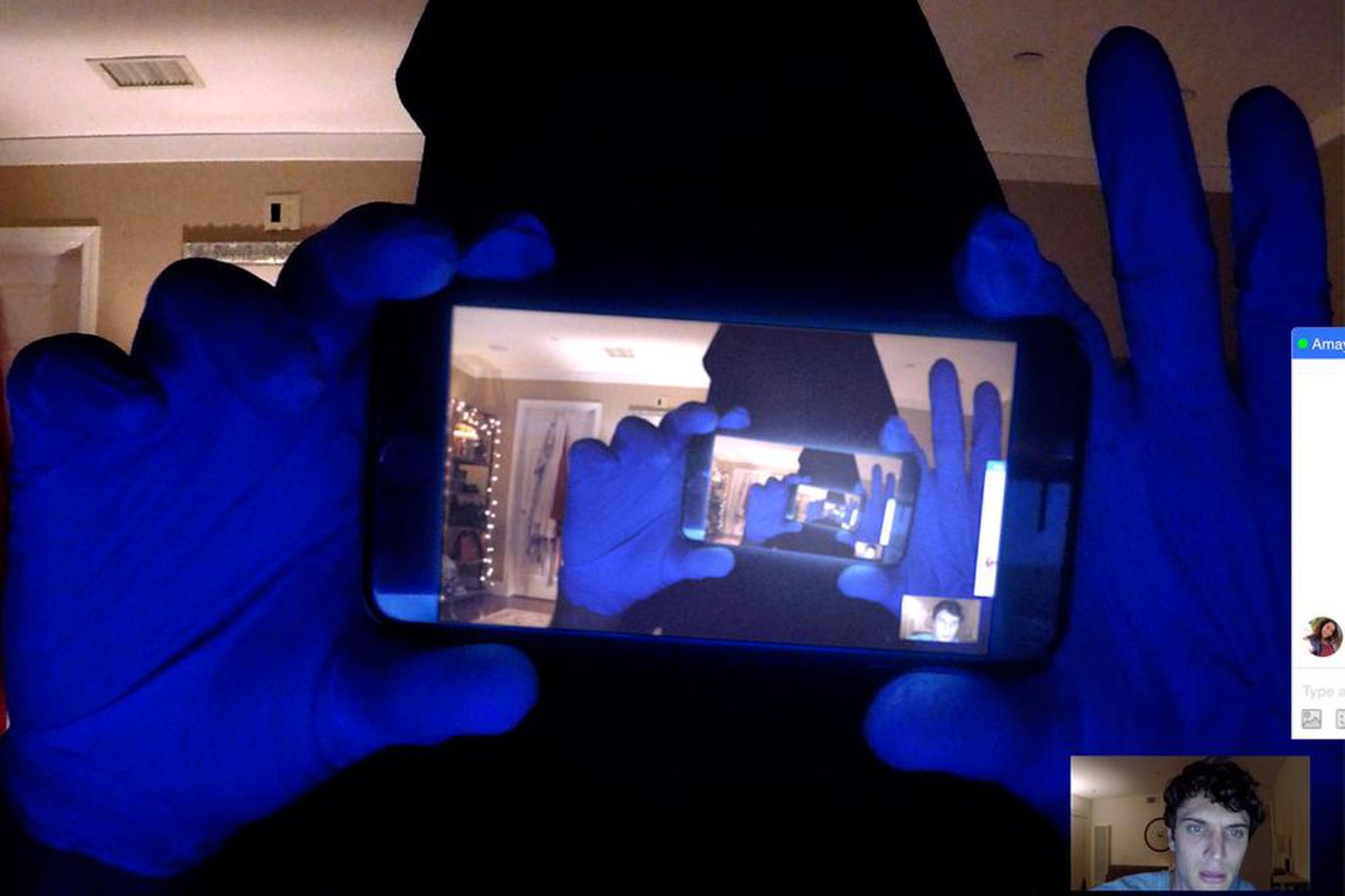 A 20-something man’s new laptop puts him into the cross-hairs of a shadowy hacker group in Unfriended: Dark Web. Matias (Colin Woodell) is a young man, who acquired a new laptop that he uses to work on a sign language app for his deaf girlfriend Amaya (Stephanie Nogueras). While doing a Skype games night with his friends Damon (Andrew Lees), Serena (Rebecca Rittenhouse), Nari (Betty Gabriel), Lexx (Savira Windyani), and AJ (Connor Del Rio), Matias discovers a hidden folder containing a series of disturbing videos. This attracts the attention of the hacker who previously owned the laptop, who wants Matias to return it to him, or else Amaya will die.

Unfriended: Dark Web is a follow-up to the 2014 cybernetic horror film, which uses a computer POV style that is dubbed “Screenlife” by co-producer Timur Bekmambetov. Askewing the supernatural premise of the previous film, Unfriended: Dark Web instead delves into the world of hackers and the dark corners of the internet that nobody is supposed to see. When Matias and his friends enter the crosshairs of a circle of hackers named after the mythical figure Charon, it ends up putting all of their lives in danger.

Probably the most positive thing I can say about Unfriended: Dark Web is that the film is a vast improvement from the original film, especially since all the horror in the film is something plausible. However, at the same time, the film comes off as somewhat hokey and unrealistic, especially since the hackers are shown on screen as shadowy figures surrounded by computer glitches. While Unfriended: Dark Web can result in you rethinking how you browse the web, the film is ultimately little more than a mildly interesting cyber thriller that you will likely forget once it is over.