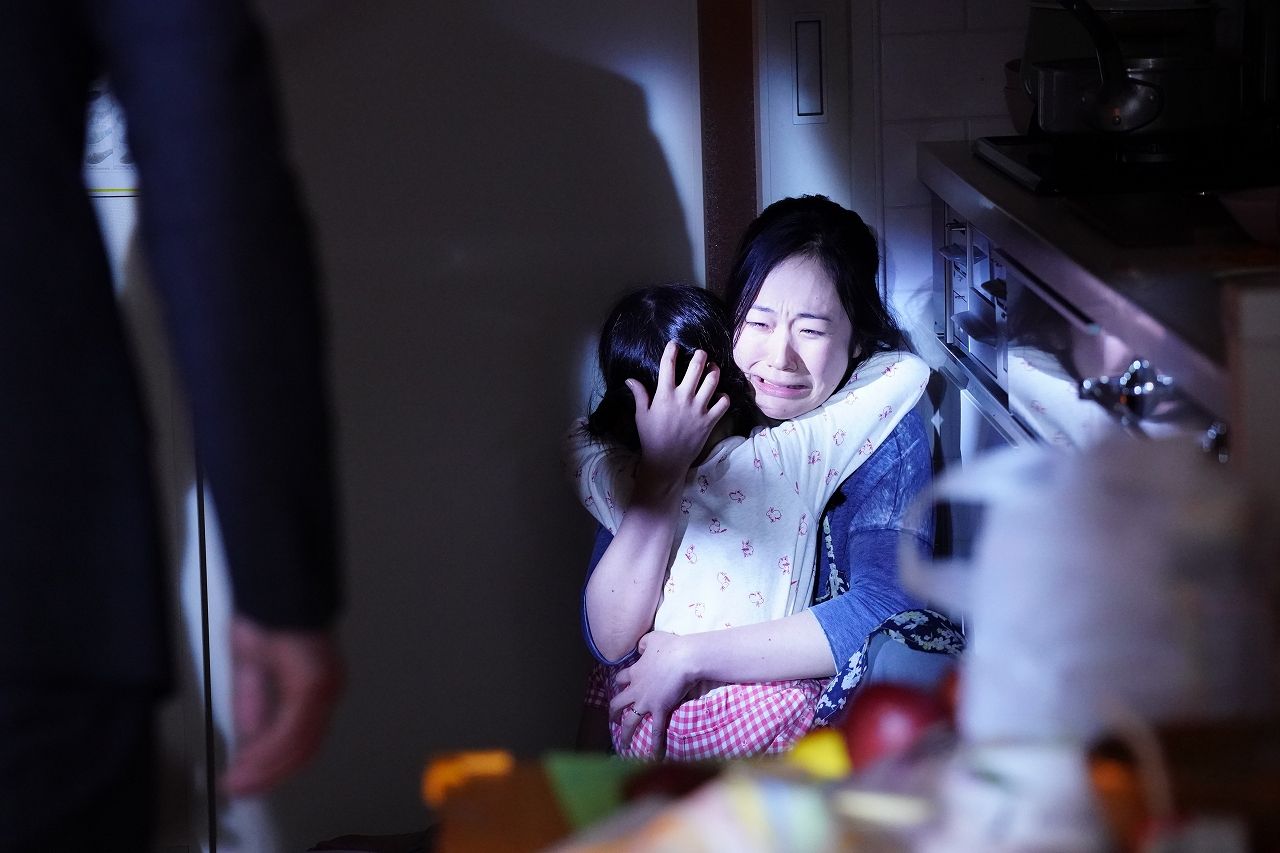 6.4
It Comes (2018) 2h 15min | Drama, Horror, Mystery | 7 December 2018 (Japan)
Director: Tetsuya NakashimaWriters: Hideto Iwai, Nobuhiro MonmaStars: Jun'ichi Okada, Nana Komatsu, Satoshi Tsumabuki
Summary: The life seems perfect for Hideki who lives with his beautiful wife in his new suburban flat. One day, he is called by a colleague that a visitor comes to see him at his office. When he ... See full summary »
Countries: JapanLanguages: Japanese
Source: imdb.comDisclaimer: This plugin has been coded to automatically quote data from imdb.com. Not available for any other purpose. All showing data have a link to imdb.com. The user is responsible for any other use or change codes.

A newlywed couple and their young daughter are targeted by an evil spirit in It Comes. Hideki (Satoshi Tsumabuki) and Kana (Haru Kuroki) are a happy newlywed couple, expecting the birth of their first child. However, two years after the birth of their daughter Chisa, Hideki and Kana are tormented by an evil spirit, who seemingly wants their child. Hideki seeks the help of occult writer Nozaki (Junichi Okada) and his exorcist girlfriend Makoto (Nana Komatsu) to try and get rid of the entity haunting their home.

It Comes is an incredibly bloody and absolutely bonkers exorcism film from Japanese filmmaker Tetsuya Nakashima (Kamikaze Girls, The World of Kanako). The film focuses on a young family, who is made the target of a demonic entity, who has the habit of brutally maiming those who get in its way. While Hideki and Kana seem to be a happy couple, we soon learn that this may not be the case, as Hideki seems more occupied with writing his parenting blog, than actually being a parent, and Kana fears that she may be following in her uncaring mother’s footsteps. Eventually, the haunting reaches the point where Makoto’s older sister Kotoko (Takako Matsu) comes into the picture to perform a large-scale exorcism of Hideki and Kana’s apartment.

Despite the film’s 2h 15m running time and a somewhat slow first act, It Comes ends up being a quite satisfying film that delivers a mix of extreme gore and dark comedy. Not unlike a film such as Ju-On, the focus of the plot of It Comes switches between the various protagonists, which results in us being able to learn details we were previously unaware of. It Comes also is quite educational in terms of Japanese exorcism rituals and you will likely leave the film craving Omelette Rice.