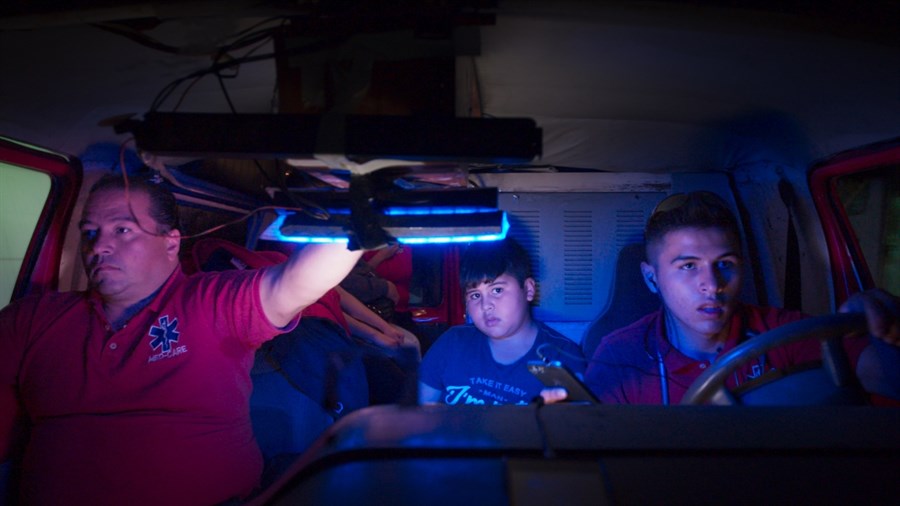 7.8
Midnight Family (2019) 1h 30min | Documentary, Action, Crime | 26 January 2019 (USA)
Director: Luke LorentzenWriters: Luke Lorentzen
Summary: In Mexico City's wealthiest neighborhoods, the Ochoa family runs a private ambulance, competing with other for-profit EMTs for patients in need of urgent help.
Countries: MexicoLanguages: Spanish
Source: imdb.comDisclaimer: This plugin has been coded to automatically quote data from imdb.com. Not available for any other purpose. All showing data have a link to imdb.com. The user is responsible for any other use or change codes.

The actions of a family-run private ambulance service in Mexico City is followed in Midnight Family. In Mexico City, there are fewer than 45 government run ambulances for a population of 9 million. This has resulted in a underground network of for-profit private ambulance companies with little or no training or certification. The Ochoa family runs one such company, with the whole family driving their ambulance each night and having to deal with corrupt police and patients reluctant to pay for the ambulance service.

In Midnight Family, filmmaker Luke Lorentzen follows around the Ochoa, as they try to earn ends meet through their private ambulance company, particularly since a lot of the money they earn goes towards bribing the police. With a camera positioned on the dashboard of the ambulance, Midnight Family can almost be considered an action film at times, as the family speeds towards emergency calls, often racing other ambulances to do so. Altogether, Midnight Family is a thrilling documentary that provides a look into the poor state of the healthcare system in Mexico City.